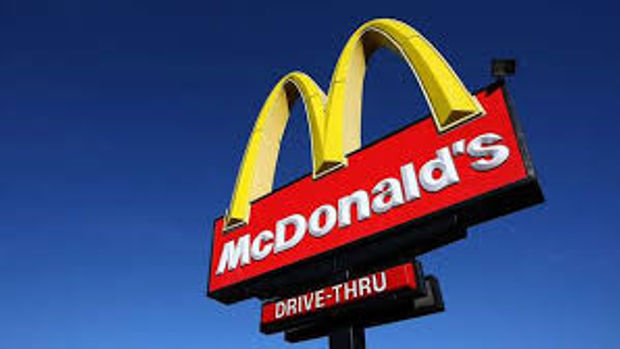 A video of a Rotorua McDonald's employee serving customers in te reo Māori has gone viral, with many praising the man for speaking the language.

Last Sunday afternoon, Nakita Ferguson, a Māori woman from Opotiki, visited the Fairy Springs Rd store with some of her family.

It was when she was standing in line having a conversation with her Aunty in te reo that it captured the attention of McDonald's employee.

Ferguson told the New Zealand Herald that at first the employee was a bit "iffy" at first when he spoke to her Aunty and her 6-year-old niece, Matariki Taua, but eventually took their order in te reo.

He then took her son's order, Cassius Church, 5, in te reo Māori as well.

After having a feed, Ferguson's niece wanted a Strawberry Pie and that's when decided to capture the "heartwarming" exchange on video before the employee took his break.

"I honestly was shocked, only because that never ever happened before, not at one shop that I've been to," she said.

"No one speaks te reo. Especially to the children and I felt that as if he was nurturing our little seeds to grow."

"McDonald's is a big franchise and kids love McDonald's, it was quite amazing to see."

Nakita Ferguson's post on Facebook has quickly gone viral and has already had well over 100,000 views since being posted.

Nakita revealed that the employee impacted her son's spoken language in a great way as he just started Kura Kaupapa and did not have any background with te reo.

"He was really shy to talk Māori to anyone. After [the employee] had done that my son's amazed and now he's speaking te reo wherever."

She said the employee speaking te reo to customers would impact future generations by passing down a language that has been dying out.

"He's amazing and he needs to keep it up because he doesn't realise the impact it's making on our people."

Ferguson revealed she later spoke to the employee who revealed he wants to teach te reo to students one day.

Speaking to the Herald, the McDonald's employee in the video, Elijah-Blue Francis-Sorenson who is also Māori, revealed that this is not the first time he has spoken te reo to customers.

"I encourage our Kura Kaupapa students to speak Māori to me whenever they come through," Francis-Sorenson said.

He also mentioned that speaking te reo is encouraged by management at the Rotorua store and other employees also speak the language to customers.

"We have a few people who do little Māori phrases here and there such as kia ora or mōrena.

"That's including Pākehā employees and even one of our Korean staff, he said.

"He loves speaking te reo Māori whenever he can."

Francis-Sorenson believed that speaking te reo benefits the language itself.

"Just having anyone and everyone that can and will try to speak it, speak it. It just helps revitalise a dying language," he said.

A McDonald's spokesperson told the Herald in statement: "It's great to see customers and McDonald's staff conversing in te reo. We've seen similar interactions shared online in the past, and in the Hawkes Bay our team worked with Ngati Kahungunu to put up bilingual menus for popular items.

"Our language policy is focused on inclusion, and creating an environment where customers and staff feel comfortable. We recently updated our policy, consulting with the likes of the Māori Language Commission, to ensure the three official languages of New Zealand, English, te reo and sign, are formally acknowledged."

Ka pai Maccas! How cool is that!