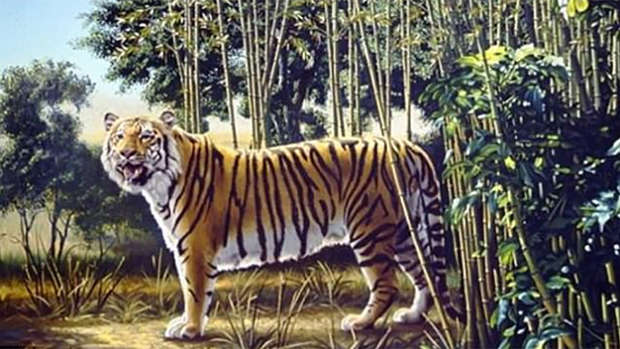 There appears to be no end of puzzles to keep the web entertained but some are far trickier than others.

Shared by Playbuzz the latest brainteaser to leave netizens scratching their heads challenges players to find the hidden tiger in a jungle scene.

While the picture promises to hide two big cats most players will have a real struggle spotting the second animal.

With the busy scene containing plenty of greenery, one may assume that the predator is hiding in among the bamboo or tall grasses.

However, users may want to pay closer attention to the tiger itself as, and here's the twist, the second animal can be seen concealed in its fur.

Readers with a keen eye will be able to decipher that the tiger's stripes spell out "the hidden tiger".