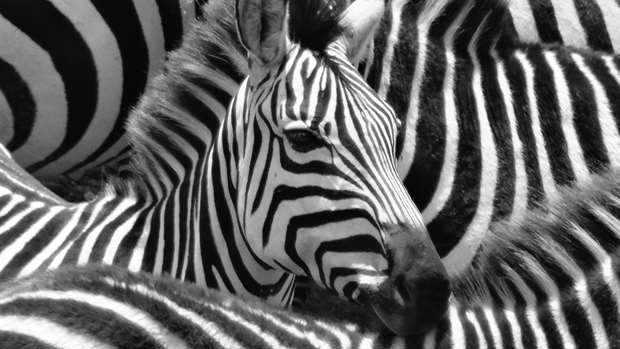 Unless you've been living under a rock for the past few years you will remember 'the dress'.

Was it black and blue or gold and white?

'The dress' literally broke the internet because nobody could make their minds up.

The illusion - which was captured by Sarosh Lodhi, a wildlife photographer based in India - shows two zebras standing together in Kenya.

But no one can decide which of the two zebras is looking at the camera!

Let’s see who can tell which Zebra is in front. Clicked & asked by friend @saroshlodhi. pic.twitter.com/RNAMBJrk1K

Can you tell which zebra is in front?

If you guessed the one on the left, you'd be correct.

Lodhi confirmed the zebra on the left is the one looking at the camera.

"I was clicking a dazzle of zebras in Maasai Mara, trying out various creative images," Lodhi said about the picture.

"That's when I saw these two approaching each other. Expecting some interaction or nuzzling between the two, I kept my focus glued on to this pair. They kept coming closer and closer and to my utter amusement they reached an alignment that caused a total illusion."