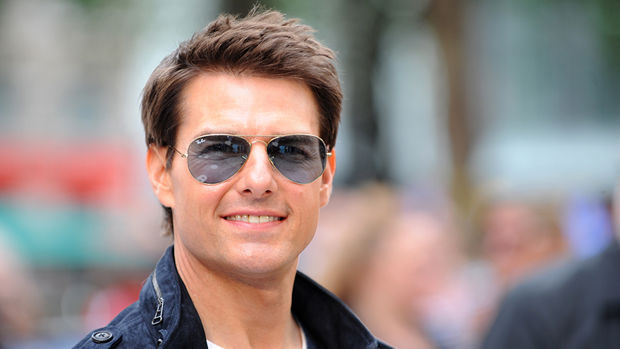 Tom Cruise has fans shocked with his new look spotted at a baseball game in San Francisco over the weekend.

The actor and his son Connor were watching the Giants play the Dodgers in the National League Division series, reports Fox News.

Cruise happily posed for photos with fans and chatted with people in the crowd - and was all smiles when his face showed up on the big screen amid the game. He waved as the song Danger Zone from Top Gun's soundtrack was played in the stadium.

It's a rare outing for the actor, who's known for keeping a low profile when he's not filming.

But it was Cruise's appearance that had several fans talking, saying he looked different from his usual self on screen. Some even compared him to recently deceased comedian Norm Macdonald.

"Am I the only one who thinks this isn't Tom Cruise but just some random dude who looks kind of like him?" another wrote in confusion.

All the celebs come out for #NLDS games!! Wonderful to host THE @TomCruise at the @SFGiants v @Dodgers game tonight. Asked him which team he’s rooting for and he gracefully replied, “I’m a fan of baseball.” pic.twitter.com/3RVHAL42PP

"Gonna spend the rest of tonight and all of tomorrow wondering if some random dude convinced the Giants he was Tom Cruise," another joked.

Top Gun: Maverick was originally scheduled to premiere on November 19, but has now been pushed back to May 26, 2022. Filming for Mission: Impossible 7 was suspended in June when several on set tested positive for Covid-19, with the film now premiering on September 30, 2022.

Last month Cruise surprised some hikers when his helicopter landed near their hiking trail in the Lake District in England while he was apparently practising for a stunt.

Am I the only one who thinks this isn’t Tom Cruise but just some random dude who looks kind of like him? https://t.co/xhxI7ANCB6

"I certainly wasn't expecting to bump into Tom Cruise during my hike," Andras Katica told the Sun at the time.

"But he was really friendly and offered to have his picture taken. He looked like he was having a great time but was also clearly involved in some serious work for the filming."

Cruise is notorious for doing nearly all of his own stunts, regardless of how dangerous they are. At the time he was filming Mission: Impossible 7 in several different cities throughout Europe.