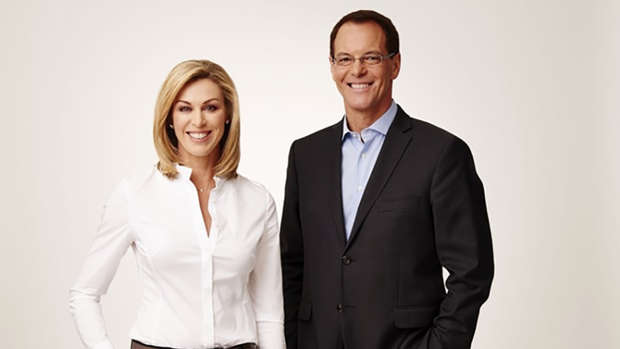 Wendy Petrie and Simon Dallow from One News. Photo / TVNZ.

TVNZ has released its new lineup of content for 2018 and it's bursting at the seams with reality television, including a locally-made version of hit series Project Runway.

My Kitchen Rules NZ will return for a fourth season, along with Survivor NZ and First Dates NZ. More significantly, three new reality shows have also been commissioned for next year's TVNZ schedules.

Design Junkies will see eight amateur designers upcycling junk to create art, while Heartbreak Island puts 20 singles on a tropical island to try to find love and win a $100,000 prize. Both shows are new, original formats made for New Zealand audiences.

Project Runway is a local version of an already popular international format via Warner Brothers, the studio behind Survivor, The Bachelor and The Block among other New Zealand reality shows.

"It is a really big show but it'll have a really local flavour," says TVNZ's director of content Cate Slater.

"We have some really talented New Zealand designers and we'll have a chance to showcase that both in the contestants and the other talent who appear on the show."

There are also seven other reality series coming to TVNZ from overseas. So is this a move to keep up with Three's headline-grabbing slew of reality series? Slater is hesitant to say yes.

"Viewers watch it, they do connect with it. It's about real Kiwi characters doing extraordinary things. They have characters people can relate to, and they're about subject matters that Kiwis are really interested in. It's been here for a while as a genre and audiences are showing us that it's not going anywhere anytime soon."

She's quick to add that the network also has scores of new drama and comedy content on the way; a long list which includes new local content like the Taika Waititi/Jemaine Clement What We Do In the Shadows spinoff, Paranormal Unit.

This year TVNZ has already run more local content than last year and expects that figure to grow in 2018.

But there are also major international shows such as The Walking Dead, Will and Grace, Young Sheldon, Marvel's Agents of SHIELD, Inhumans and BBC-hit The Last Post.

Slater says TVNZ is adding another 400 hours of content to its current lineup, meaning there will be changes to how it's delivered, including improvements to its online platforms to better compete with the likes of Netflix.

Classic back-catalogued shows like Friends will now have a home online and old episodes of current shows will have a longer shelf-life thanks to TVNZ's bid to acquire extended on demand rights.

In news, TVNZ boasts 11 news and current affairs shows including 1 News, which is currently rolling out a new look and new technology, including snappier graphics and an "exciting" move to integrate augmented reality.

Head of news and current affairs John Gillespie says: "We just really feel that we need to take our presentation up a notch... we should be seen as video news leaders. And it really does energise a newsroom, you want people to play with the best tools for storytelling. You've got to push the envelope."

This means more of the 3D graphics seen during 1 News' election coverage as the changes continue to roll out and spread to TVNZ's other current affairs shows.

Gillespie doesn't anticipate these changes having any major effect on the format of shows or the presenters hosting them, with the only major departure on the cards being Peter Williams, who this week announced he will step down at the end of 2018.