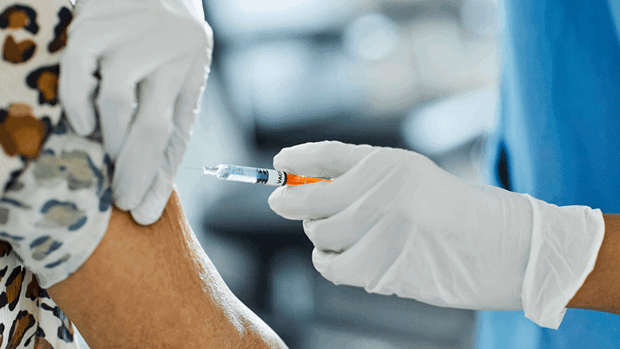 There are 43 cases in the community today after confirmation that the Northland traveller picked up by police last night has tested positive.

Director general of health Ashley Bloomfield said 40 of today's cases are in Auckland and three are in Waikato.

Nineteen of today's cases are still unlinked but interviews are outstanding, according to Bloomfield.

One person of the 34 people in hospital requires a ventilator, he said.

Of the 158 people in hospital since the start of the Delta outbreak, only three people were fully vaccinated.

The Fijian UN worker who was transported here and underwent 76 days in NZ care has recovered.

Bloomfield confirmed the travelling companion of the Northland case tested positive. Public health staff are working closely with both cases and making progress, he said.

The female traveller was with another woman - who tested positive last week - as they drove from Auckland to Northland and back under false pretences.

They have been refusing to tell public health staffers where they went and who they were with, which is key information needed by contact tracers trying to stamp out the spread of Covid.

Police apprehended the woman, who was symptomatic, in a New Lynn house at 9.55pm last night, and took her to the Jet Park quarantine facility in South Auckland.

Her test result was expedited and came back positive this morning. The Ministry of Health said that 18 contacts have been identified for the woman who tested positive last week, 17 of whom have been tested.

Of the 18 contacts, nine are in Northland, seven are in Auckland, one is in Wellington, and one is still to be determined.

Prime Minister Jacinda Ardern announced a "blast from the past", between 12-8pm on various TV channels, there will be a vaccathon.

It will include real-time data on how regions are going, prizes, information from experts and competition between towns and regions

In Auckland, 87 per cent have had their first dose and 63 per cent their second dose.

Ardern thanked businesses which had come forward to help out.

She said the country had the ability to administer more than 100,000 on one day, the previous record was about 93,000 which was in August.

"Those are the records that we should try and beat this week."

"I believe we can be world-leading on vaccines too."

The Ministry of Health is asking anyone who visited the Urba Residences in Howe St, Freemans Bay, between Sunday October 2 and Thursday October 7 to self-isolate for 14 days.

Ardern said yesterday that more information was needed before Northland could be moved out of level 3 - including far more testing.

There are six locations of interest in Northland so far, including two petrol stations, a motel, a hotel, a dairy and a campsite.

Level 2 prospects for the Waikato look rosier, with no cases there yesterday, and no unlinked cases in the region at all.

Ministers will decide on Wednesday on alert level settings for Waikato and Northland, which remain in level 3 until at least the end of Thursday.

Auckland's level 3 settings - which are slightly less stringent that in Northland and Waikato - have been extended for another week.

Cases in Auckland have continued to trend up, and may continue to do so as the impact of allowing outdoor socialising starts to come through in the daily case numbers.

Yesterday there were 35 cases, but the number of unlinked cases over the past fortnight was 58 - the sixth consecutive day this number has increased.

The number of active contacts (including Waikato and Northland) has also risen - from 1410 a week ago to 2310 yesterday.

Yesterday the Government pushed back the date for Auckland schools opening, which had been signalled for October 18. It will be considered again next week.

The Government also announced that hundreds of thousands of health and education workers will need to be fully vaccinated or face losing their jobs.

High risk healthcare workers - including GPs, pharmacists, community health nurses, midwives and paramedics - will have to be fully vaccinated by December 1 this year, and will need to have had their first dose by October 30.

All staff at schools and ECEs who have contact with children and students will need to have a first dose by November 15, and to be fully vaccinated by January 1.

Exemptions will be allowed, including for those who cannot take the Pfizer vaccine for medical reasons.

The Government has said that one of the other three vaccines that have been purchased would be available for those who cannot take Pfizer but still want to be vaccinated.

But only two have Medsafe approval - AstraZeneca and Janssen - and neither are in the country yet.

Yesterday Ardern couldn't give a date for when they would be.