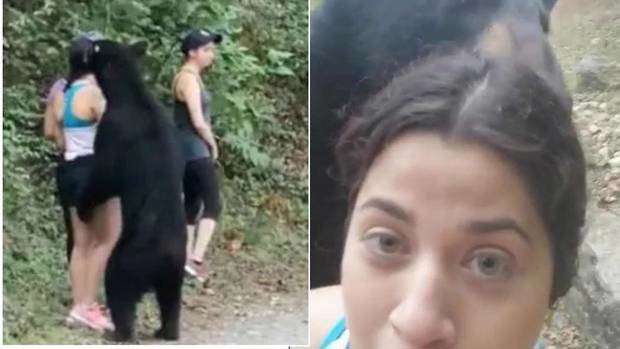 A woman has been hailed to have "nerves of steel" after she managed to take a selfie with a black bear who snuck up on her during a hike in Mexico.

Video shows a group of women standing still while a bear approaches them from behind on a trail through the Chipinque Ecological Park in San Pedro Garza García, according to the Sun. 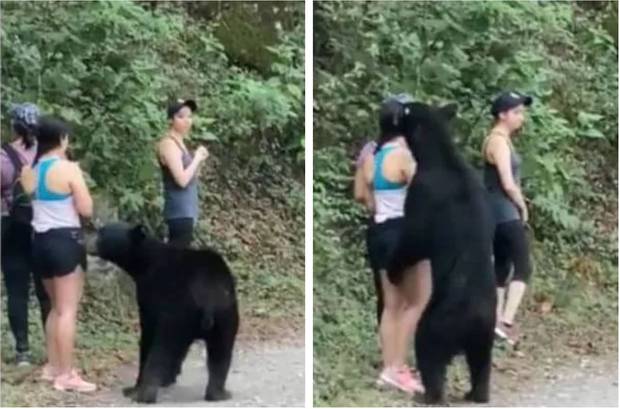 Getting on its hind legs, the back bear approached and sniffs the closest walker. From the video it's clear he's as tall as she is.

The hikers are careful not to run or spook the animal, even as it sniffs the woman's head.

The woman then quickly seized the unbelievable moment and pulled out her phone to take a selfie.

This girl has nerves of steel.

She actually took a selfie with the big guy... pic.twitter.com/I3Ezyn8q7G

The bear, apparently unfazed drops to all fours and swipes at her legs – as if willing her to run. 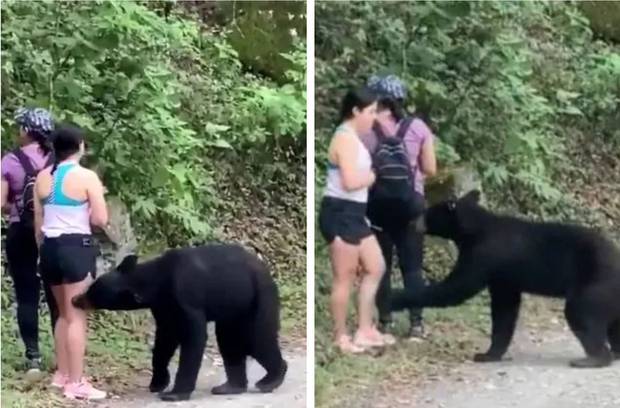 It is only after the black bear gives up and walks off the trail that he hikers agree to speed out of the area and away from the curious black bear.

Black bears are endemic to the Ecological Park in northeast Mexico. They can weight up to 250 kg and are perfectly capable of killing a human. Though it’s rare for them to come up close enough to give you a 'hug'.

I want this girl in my foxhole... pic.twitter.com/4oT67HFKPg

Uploaded to twitter by basketball player Rex Chapman, he commented: "Oh. my. goodness. She's a rock. I want this girl in my foxhole …"

Since the weekend the video has amassed more than 3 million views.