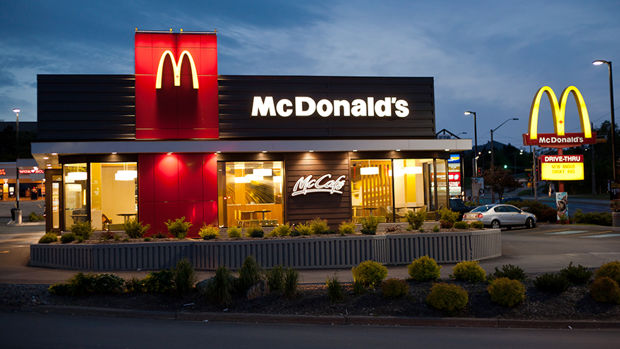 Many regulars at McDonald's may consider themselves a bit of a pro when it comes to their favourite burger restaurant.

Maybe they even know the Big Mac song off by heart.

But even the biggest fan will be shocked to find out these deep secrets, hidden behind those mysterious golden arches.

From one very surprising franchise owner, to a drive through of different sorts, these are the facts you need to know about McDonald's.

1. The Queen is a franchise holder

Her Majesty the Queen owns her very own retail park in the town of Slough, not too far from Windsor Castle.

This makes her the proud owner of a drive-thru McDonald's that is on site.

2. The history of the arches

Turns out that the famous golden arches haven't always been together and they used to just be one single arch.

The arches were put at different ends of the restaurant to attract the attention of drivers.

Every day 68 million people eat at a McDonald's and this means that they have to produce more the 75 burgers every second across the globe.

To put this in perspective, this means that one per cent of the world's population will visit a Macca's store every day.

A drive thru doesn't work for every location around the world.

That's why Sweden invented it's very own ski-thru branch. It's called McSki and can be enjoyed during a trip down the slopes.

McDonald's sees a massive surge in sales of their iconic Filet-O-Fish during Lent in March.

They sell nearly a quarter of all Filet-O-Fish in Lent, which is why the burger was created in 1960 after a franchise owner saw a drop in sales during this time.

That means that he would have consumed 100 nuggets every single day.

With the speed Usain Bolt travels at, it's hardly surprising that he puts away so many calories.

The Economist first published the Big Mac index in 1986 as a fun way to compare different exchange rates across the globe.

It is now a global standard that is used in academic studies, and even in textbooks.

One in five sales at McDonalds is that of a Happy Meal, which all contain a toy.

Therefore it is not a shock that McDonald's is the largest distributor of toys across the world.