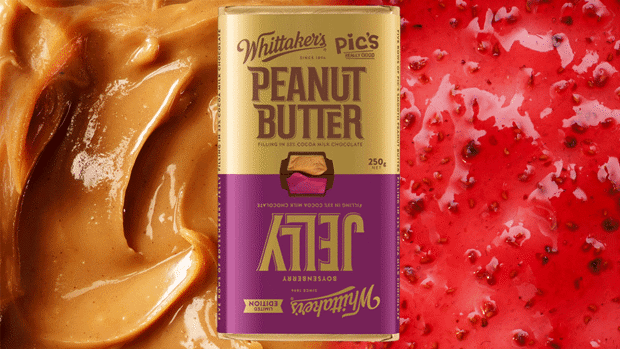 Fancy a peanut butter and jelly sandwich with a chocolate twist?

But it's up to you whether you try one flavour at a time or combine them, as one half of the block is filled with smooth peanut butter and the other is filled with jelly encased in 33 per cent cocoa milk chocolate. 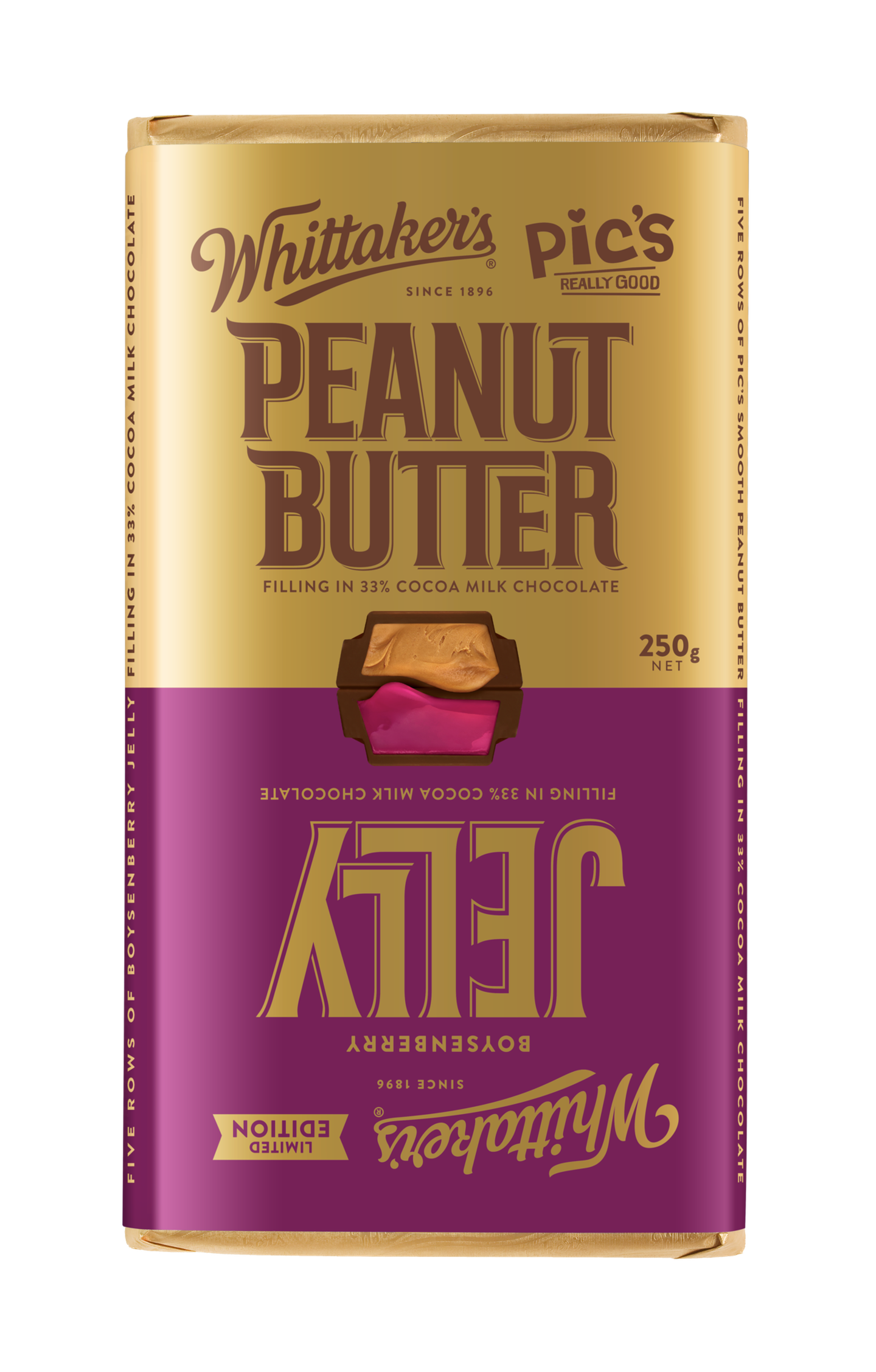 Whittaker's co-chief operating officer Holly Whittaker says this block offers Kiwis something different, as it's the first block including more than one flavoured filling.

"Whittaker's chocolate lovers can enjoy the delicious taste of either the peanut butter or boysenberry jelly filled pieces, or stack them together to make their own peanut butter and jelly 'sandwich'," she says.

"With different flavours at each end of the block, there's a fun element of discovery for those who like both of the flavours or the combination of them together, or for sharing between people who have different flavour preferences.

"As a New Zealand chocolate maker, we're thrilled to support local by using delicious peanut butter made by our friends at Pic's in Nelson. The jelly filling is also connected to the region, using a fresh boysenberry juice concentrate with fruit grown in the warm Nelson sunshine. It means our Peanut Butter & Jelly Block really is a distinctively Kiwi take on this classic flavour," Whittaker says.

The Whittaker's peanut butter and jelly block will be available from Monday, June 21, for a limited time only in supermarkets nationwide.