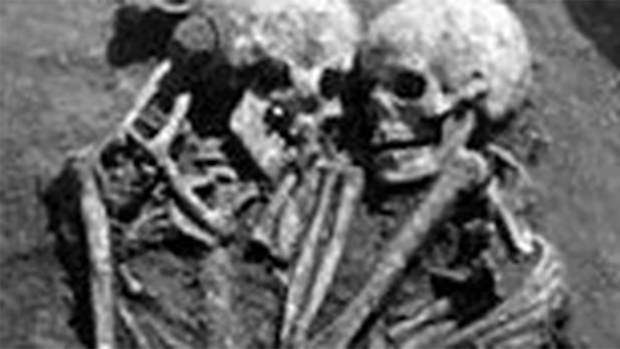 An ancient man and woman have been found locked in a loving embrace for 3000 years in a grave in Ukraine.

The woman was willingly entombed alive in order to accompany her husband to the next world, archeologists believe, the Daily Mail reported.

Autopsy experts say it would not be possible to place the woman's body in such a loving position if she was already dead. 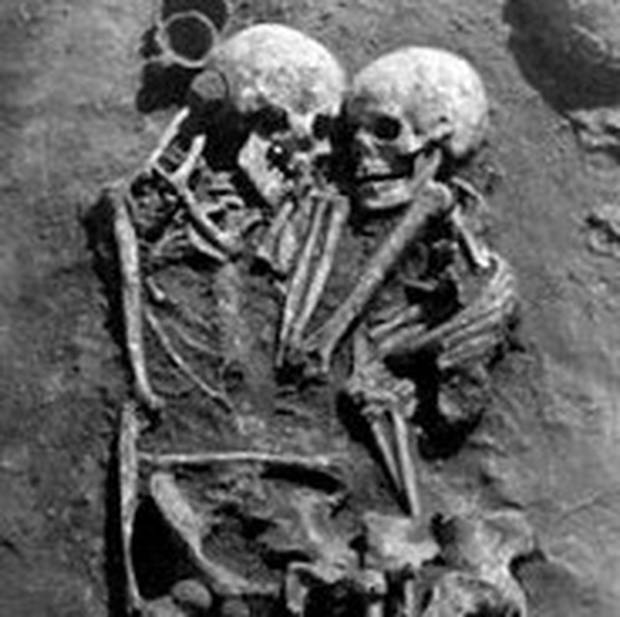 The experts say it is likely the woman chose to die and be buried with her husband. They believe she may have drunk poison as she climbed into the grave and embraced her recently dead partner.

The extraordinary burial saw the couple clasped together since the Bronze Age in eternal love.

The pair, from the prehistoric Vysotskaya - or Wysocko - Culture were found near Petrykiv village, south of the city of Ternopil in western Ukraine.

Professor Mykola Bandrivsky - who conducted a study of "loving couple burials": - said: "It is a unique burial, a man and a woman lying there, hugging each other tight.

"Both faces were gazing at each other, their foreheads were touching.

"The woman was lying on her back, with her right arm she was tenderly hugging the man, her wrist lying on his right shoulder.

"The legs of the woman were bent at the knees - lying on the top of the men's stretched legs.

"Both the dead humans were clad in bronze decorations, and near the heads was placed some pottery items - a bowl, a jar and three bailers."

This ancient culture was known for the "tenderness" of its burials, said Dr Bandrivsky, Director of the Transcarpathian branch of the Rescue Archaeological Service of the Institute of Archeology of Ukraine.

But this example is very striking.

In other cases, burials from this culture have revealed "a man holding the hands of a woman, the lips of a man touching forehead of a woman, or or arms of both dead people hugging each other".

Dr Bandrovsky - who has carried out an analysis of such burials - said: "From our point of view, this women did it voluntarily.

"Maybe, the woman did not want to live with some other man, and get used to some new way of life.

"So she preferred to pass away with her husband.

"We suppose such a decision was dictated only by her own desire, and her attempt to stay with her beloved one." 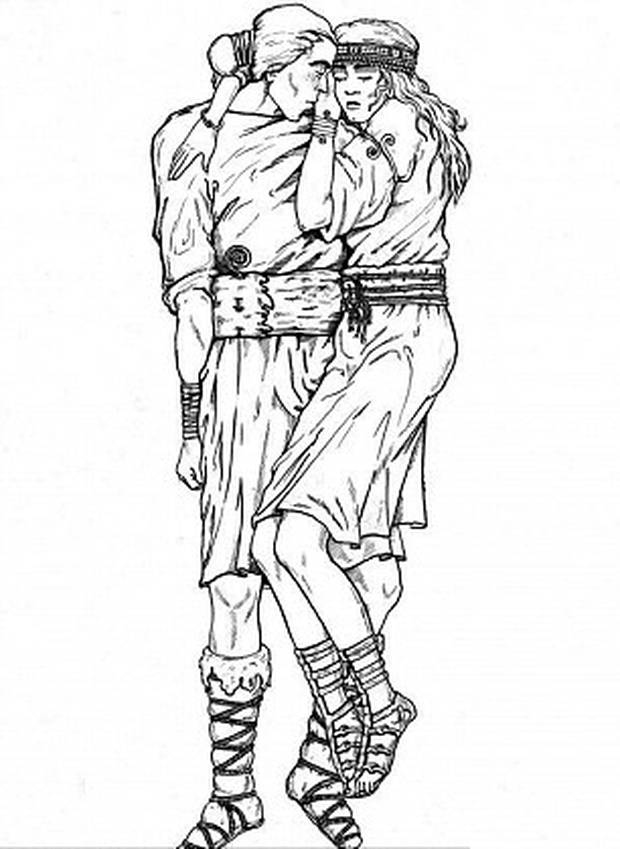 He said: "She may, for example, have drunk a chalice of poison to make joining her husband easy and painless."

Marriage was well developed in the Vysotskaya Culture, with husbands and wives having clearly defined responsibilities, he said.

A tenet of their beliefs was the idea that the woman preferred to die with her man. "People in late Bronze Age believed in eternal life of the human soul."

The renowned Ukrainian archeologist said: "It is interesting that in other parts of Europe dead men and women in couple burials were laid next to each other.

"But in the Vysotskaya culture the couples in double graves were arranged in a way to demonstrate the tenderness and greatest sympathy towards each other."