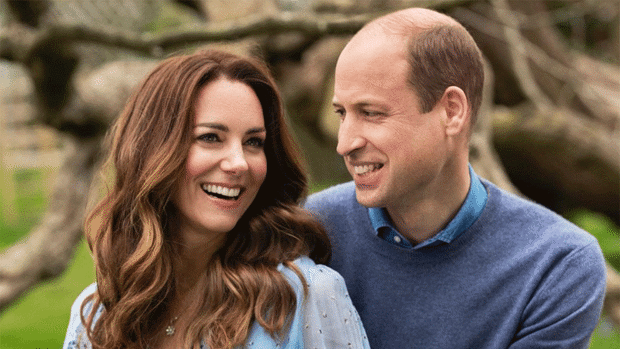 The Duke and Duchess of Cambridge have revealed a heartwarming family video showing sweet moments with their three royal children.

The video was shared to mark Prince William and Kate Middleton’s 10th anniversary and thank royal fans for their well-wishes.

“Thank you to everyone for the kind messages on our wedding anniversary,” the couple shared on Instagram alongside the video. “We are enormously grateful for the 10 years of support we have received in our lives as a family. W & C”

The adorable video showed William, Kate, Prince George, Princess Charlotte, and Prince Louis having fun at the beach and playing in the garden before toasting marshmallows over a campfire.

The royal couple - who tied the knot at Westminster Abbey in front of 2,000 guests on April 29, 2011 - posed for the sweet snaps, which were taken at  Kensington Palace by photographer Chris Floyd, best known for his pictures of the likes of Oasis, David Bowie and The Verve.

In the photos, Prince William holds hands with his wife as they beam at the camera.

One picture - taken in the courtyard - was shared to social media revealing the shoot took place "ahead of" their 10th anniversary, while the other garden snap was captioned with bride and groom emojis.

They were also posed by the official Royal Family account, with the caption: "Wishing The Duke and Duchess of Cambridge a very happy wedding anniversary.

For the two portraits, the couple - who have Princes George, seven, and Louis, three, and Princess Charlotte, five, together - dressed smart casual, with William wearing a blue sweater and shirt, and Catherine in a pale blue wrap dress.

It was recently claimed that William's brother, Prince Harry, gave him the late Princess Diana's engagement ring so he could use it to pop the question to Catherine, who was then known as Kate Middleton.

Prince Charles allowed his sons to select pieces from their mother's jewellery collection following her death in a car crash in 1997 and it is believed that the sapphire ring went to Harry.

However, Diana's former butler Paul Burrell explained that shortly before William proposed, Harry offered his older sibling the opportunity to give the duchess their mother's ring.

In the Amazon Prime documentary 'The Diana Story', Paul said: "Harry said to him (William): 'Wouldn't it be fitting if she had mummy's ring?' Then one day that ring will be sat on the throne of England.

"Harry gave up his precious treasure. His one thing he kept from his mother, he gave to his brother. That's selfless, kind and exactly who Diana was."