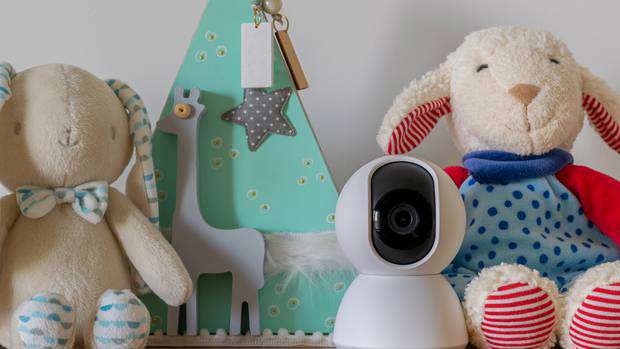 Mother-in-laws overstepping is a tale as old as time …

But for one woman, her relationship with her husband as well as his mother may be irrevocably damaged after she discovered she was being watched by her mother-in-law on the family nanny cam.

Taking to Reddit, the woman and mother-of-one asked the internet if it was reasonable for her to feel bothered by the situation.

"Just wondering how much would it bother you if your husband behind your back gave his mother access to login and watch the nanny cameras any time?" she posted to Reddit.

She explained that her husband had asked how she felt about giving his mum access to watch their 10-month-old, who they had recently hired a nanny for, on the device. She had told him she found it "odd and intrusive" and assumed that was the end of it.

"[My mother-in-law] had kept asking for access so she could log in and monitor what's going on during the day but I had told my husband I found it odd and intrusive," she wrote, adding, "I didn't even want my own mum to have it as you can look at all past recordings on it even when I'm home with the baby myself from work."

Despite making her feelings clear to her husband, she revealed he went behind her back and gave access to his mother.

"I found out today through an inadvertent message she sent to a group chat that was meant for him that she has been monitoring everything from when he comes back from a walk to when he sleeps to when he eats."

And she shared that it wasn't the first time she'd had issues with her mother-in-law over how she's raising her baby. She said she and her husband had turned down his mother's offer to move in to "do all the things I apparently wasn't doing properly and save us money on childcare".

"I thought it was all behind us until I saw that text message today from her to him saying, 'the nanny brought him back from his walk ten minutes ago and now he is sleeping'," she wrote.

"I feel like my trust and privacy is completely violated and I don't know where to go from here."

Reddit users were quick to respond with one calling it "the worst incident of boundary-crossing" they have ever seen.

"This by far is one of the worst incidents of boundary-crossing from a SO that I have seen, and trust me I've got my own boundary-crossing SO. This needs to be addressed ASAP. The thought of her watching you whenever she wants is so unnerving [sic]. You are not overreacting."

Another wrote: "This is beyond crossing the line. He is allowing his mother to surveil you in your own home. Does he honestly think that she just stops watching when the nanny goes home? ..."

Several suggested she change the access password immediately and advised not even her husband should be given the new code.