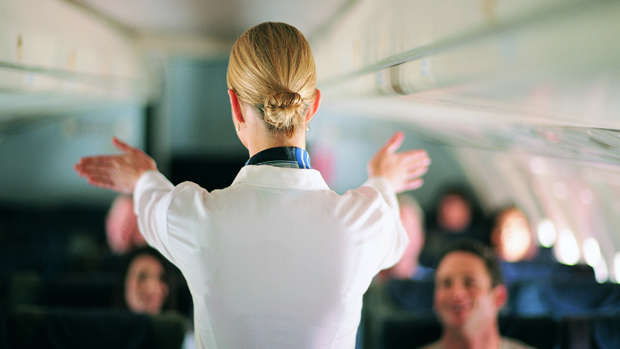 A teaching assistant and her boyfriend were ordered off a £400 (NZ$760) Emirates flight to Dubai after an air hostess overheard her complain she had stomach pains caused by a painful period.

Beth Evans, 24, and Josh Moran, 26, were kicked off the flight from Birmingham just minutes before take-off, the Daily Mail reports.

The couple said an air hostess heard Evans tell her boyfriend she was suffering period pain and began quizzing her.

Emirates crew then decided Evans required medical assessment before they would allow her to begin the seven-hour journey.

But when a doctor wasn't immediately available, the couple were forced to unfasten their seatbelts and leave the A380 aircraft.

Moran, a barber, told The Sun: "To be kicked off for period pains, it was madness. Beth was in tears and getting upset when the hostess was asking her questions.

"It's embarrassing to have to explain about period pains when it's being overheard."

The 26year-old added: "They didn't have anyone look her over. They just contacted a medical team in the US and they said Beth couldn't fly."

Airlines can refuse to carry passengers with conditions that may worsen or have serious consequences during the flight.

Staff are required to inform the captain if they spot any signs passengers may be seriously ill. There are no laws permitting the airline to refund the ejected passenger.

A spokesman for Emirates said: "The passenger alerted crew that she was suffering from discomfort and pain and mentioned she was feeling unwell.

"The captain made the decision to request medical support and offload Ms Evans so she could access medical assistance.

"We would not have wanted to endanger Ms Evans by delaying medical help had she worsened during the flight."