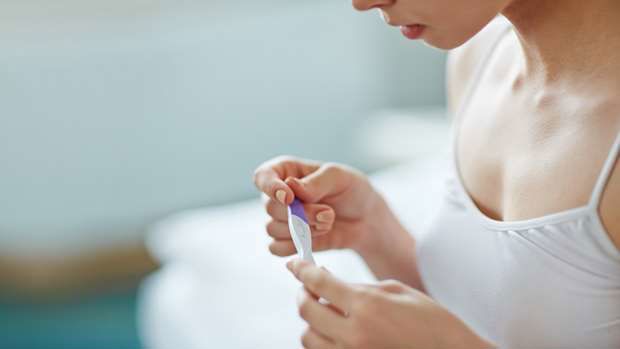 A young mother clearly has some unresolved issues with her mother-in-law, taking to TikTok often to vent her frustration with her husband's mother.

One recent story harked back to before the birth of the couple's first child, when the woman, then engaged, had just discovered she was pregnant and told her fiance's mother, a decision she would soon regret.

"This is the story of how my mother-in-law sabotaged the birth of my oldest child," The woman, Morgan Lee, opens with in the video posted to TikTok.

"I told his mum and she said 'hey send me a picture of the pregnancy tests, I want to see them'," Lee continues.

"Not even five minutes later I get a ping from Facebook saying I was tagged in a post.

"She posted my pregnancy tests and announced to everybody that I was pregnant, online for everyone to see.

TikTok users were outraged on Lee's behalf with one passionately commenting: "By God I would've called the father and told him I'm on the way to kill his mom and if he's wondering why he can check Facebook."

Many other comments revealed similar experiences with toxic in-laws and even their own family members.

"My mother in law did pretty much the same thing," shared one user. "I had told immediate family but hadn't fully announced and she posted it on Facebook before me."

"Oooh no," commented another user, "I know it's not the same but my aunt did this with my wedding dress!! She posted the pics all over Facebook. I had to pick a new dress."

A later instalment of Lee's mother-in-law saga reveals that she also tried to insist on being in the delivery room for the birth of the baby. A request than Lee, understandably, denied.