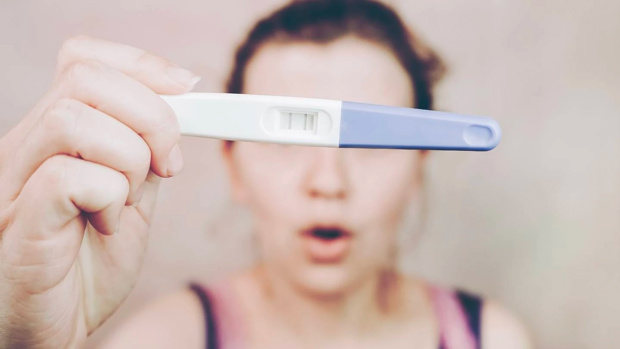 Living through a pandemic definitely gives the phrase "the test was positive" an ominous undertone, no matter the context. Most of us hear about someone getting a positive test result and we automatically think "Covid". This is exactly what happened to one woman when she tried to announce her pregnancy to her boyfriend.

In a hilarious TikTok video, that has been viewed more than 2.4 million times, Hannah Alexis Grace shares how she tried to tell her boyfriend of her pregnancy via text message.

"Here's how telling my boyfriend I'm pregnant went," begins the video, made up of screen shots of the text conversation.

Hannah then tells her boyfriend, Charlie, that she now knows why she has been feeling ill, sending him a screenshot of a positive pregnancy test. Charlie's response is not quite what she expected.

"Are you joking me?" is Charlie's reply to the test. Hannah assures him she is not joking but is in fact "literally shaking" to which Charlie replies with a dramatic expletive starting with 'f'.

Charlie asks Hannah if she has told anyone and then throws in a few more colourful expletives for good measure, while she tells him she is "panicking".

Kindly reassuring Hannah, Charlie then confuses matters even further by sending a handful of skull emojis and then saying, "well we're both gunna have to isolate for 10 days." Huh?

It gets even better, with Charlie then asking: "do you reckon your mum has it?"

The truth seems to be dawning on Hannah about now as she asks him to "wait", then "what", followed by "do you know what that is?", referring to the pregnancy test. Clearly confused Charlie tells Hannah to "hold on".

Finally ready to put him out of his misery Hannah reveals: "Charlie, i'm pregnant". To which he simply replies: "Omg".

In a follow-up video Hannah shares later messages from Charlie where he assures her that the pregnancy news is not "a bad thing" but rather a "blessing" and he will support her every step of the way. Oh, Charlie.

@hannahalexisgrace part 2 that you’ve all been asking for. still very much in love and zero fucks about me telling him over text 🥰🥰#HowDoYouHUGO #fyp #CloseYourRings ♬ Small Bump - Ed Sheeran