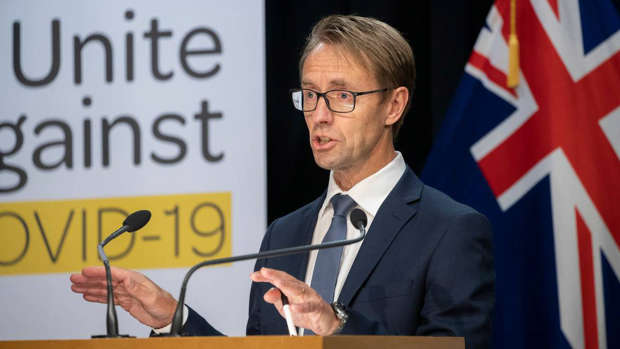 After a successful first season of New Zealand's Covid-19 updates, the "unexpected" second season of the television series has come with mixed reviews from Kiwis on IMDB.

The first "episode", which premiered at the unusual time slot of 9.15pm last Wednesday, started "with a bang".

Reviewers are happy to see the "dynamic duo" Prime Minister Jacinda Ardern and director general of health Dr Ashley Bloomfield return to our screens as they give us our "daily dose of information".

There are five people receiving hospital-level care. Two are in Auckland City Hospital, and there are in Middlemore.

Returning star New Zealand Herald political reporter Jason Walls (aka Justin Walls) is set to feature in the series again, according to IMDB.

The beginning of the new season has met with mixed reviews.

One person who rated it 10/10 wrote: "Well NZ's favourite show is back for season 2, which I wasn't expecting since the season 1 finale seemed to have wrapped up all the storylines.

"The first episode was incredibly gripping, although I must admit I didn't realise it was on until maybe 15 minutes after it started, but I caught up pretty quickly.

"So glad to see superstar Dr Ashley Bloomfield back, he's really the main reason for watching after all.

"I'm looking forward to seeing how season 2 holds up against the fantastic first season and see how this storyline progresses." 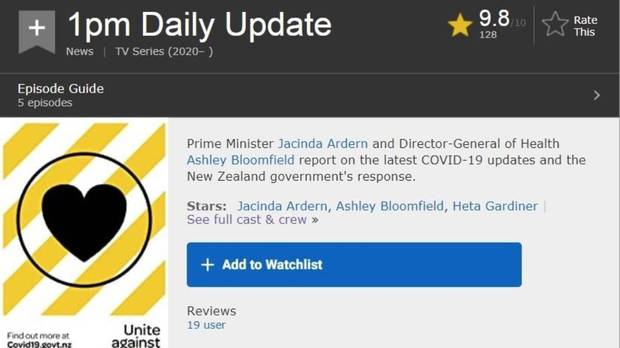 Another, who rated it 5/10 wondered if "Crusher Collins" would make a bold appearance this season.

"Hoping that Series Two will be shorter this time as I really feel the first series dragged on way to long. But curious if Crusher Collins will make a guest appearance as a new villain.

"Ashley still as hot as ever. Can the man be any more heroic. Feel it's really time for this story to end."

Others have written that it's the "Best Reality Show of 2020" and that it's "better than the UK version".

Another wrote that it's "worth staying home for".

However, one viewer, who rated it 2/10 said the series has a "strong cast, but little drama".

"Every good story should have a beginning, a middle, and an end. Even Groundhog Day eventually resolved, but the 1pm Daily Update started feeling very 'samey' a few episodes in, and it didn't improve," they wrote.

"Not a programme to snuggle up to on a first date."