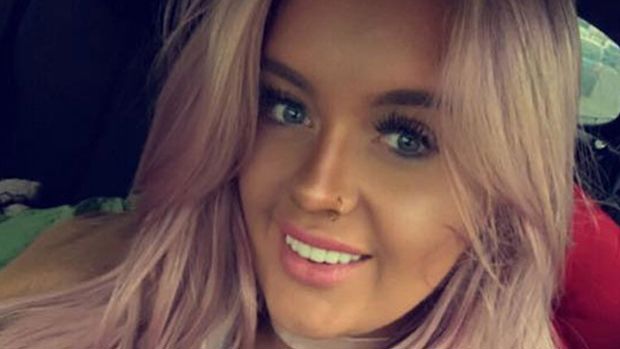 Britain's youngest EuroMillions winner has confessed she sometimes wishes she had never bought her winning ticket.

Jane Park was just 17 when she scooped £1million in 2013 with the first ticket she ever bought.

But she now says the huge win has left her incredibly stressed and she is even said to be considering legal action against Camelot, Daily Mail reports. Speaking to the Sunday People, Ms Park, who now owns two properties and calls herself a developer, said: "I thought it would make it ten times better but it's made it ten times worse. I wish I had no money most days.

I say to myself, 'My life would be so much easier if I hadn't won'."

"I have material things but apart from that my life is empty. What is my purpose in life?"

Ms Park, from Edinburgh said she believes the age limit of 16 for the lottery is too young, and people shouldn't be able to buy tickets before the age of 18.

She also said she has struggled to find a boyfriend who wasn't after her money, is sick of shopping for designer items, and misses cheap Benidorm holidays.

Ms Park is reported to be considering suing lottery bosses.

She told the paper she could see how people would just blow the money, but family advice stopped her.

She said: "My nana Anne told me, 'You might as well have given me a gun.' I was like, 'Nana, what are you talking about? This is the best thing ever?' But now I totally agree."

However, she did admit she has never considered getting rid of the money to relieve herself of the burden.

The 21-year-old has regularly spoken about how winning the windfall changed her life, including difficulty with failed relationships.

She dumped ex-boyfriend Mark Scales in 2015, calling him a "snake" and said friends had claimed he was after her money. Ms Park is facing a charge of driving while over the limit at a McDonald's drive-thru, said to have occurred last October, which she denies.

Last November she flashed her surgically enhanced 36FF breasts at a nightclub photo booth while on a Halloween night out with friends.

The morning after the event at Glasgow's Distrikt club, Park tweeted that she hoped the photos did not make it onto Facebook because she had her "t*** out".

But when the images appeared on the club's Facebook page on Sunday, she took them in her stride and even shared them with her 17,000 online followers.

The former charity worker spent £4,500 (NZ$7798) on surgery to boost her breasts from 34B to 36FF at a clinic in Stirling, and has also spent money on lip fillers and Botox.

When she won the lottery in 2013, Park vowed to spend it on a customised white Range Rover, a season ticket for her beloved Hibernian and a holiday in Ibiza with her friends.

She later returned to working in a chip shop, saying that she preferred a 'working routine' to a life of leisure, while her love life has featured in the press.

Last year, she split from boyfriend Connor George after issuing him with a list of rules before he went on lads' holiday to Ibiza.

In a hilarious list which she posted online, she told Mr George, then aged 21, that he could not speak to girls. She also designed a T-shirt with her face which she asked him to wear during the week-long holiday on the party island.

A representative for Camelot could not be reached by MailOnline on Sunday, but told Sunday People: "An independent financial and legal panel was set up shortly after Jane's win and we put her in touch with another ­winner, who won at the same age, to share their experience.

"We have been in touch with Jane from time to time since her win to ­offer ongoing support. It is always up to the winners as to ­whether they want to take up that support.

"We will continue to support Jane in any way we can if that is what ­decides she wants."