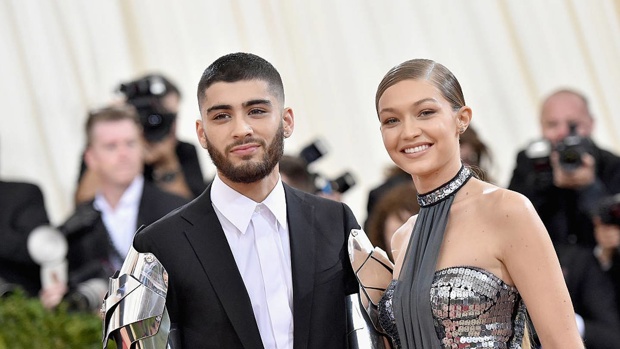 Zayn Malik and Gigi Hadid have reportedly called it quits.
The former One Direction star and the 26-year-old model – who have 13-month-old daughter Khai together – are reportedly “not together right now”, after Zayn allegedly got into an altercation with Gigi’s mother,Yolanda Hadid, earlier this month.
A source told People magazine: "They are not together right now. They are both good parents though. They co-parent. Yolanda is of course very protective of Gigi. She wants the best for her daughter and grandchild."
TMZ first reported that Yolanda was considering filing a police report after Zayn, 28, allegedly “struck” her last week.

But moments before the story was published, Zayn took to social media to post a statement about the incident, where he said he would “not contest” the claims for the sake of keeping his life as private aspossible.
He then also gave a statement to TMZ in which he “adamantly denied” striking Yolanda, and called for the reality star to work on their family issues “in private”.
His statement to TMZ read: "I adamantly deny striking Yolanda Hadid and for the sake of my daughter I decline to give any further details and I hope that Yolanda will reconsider her false allegations and move towards healing these family issues in private."

In Zayn’s social media post, the ‘Pillowtalk’ hitmaker referred to Gigi as his “partner”, but also stated he was “co-parenting”, which is a term usually used for parents who are no longer together but are united intaking care of their child.

He wrote on Twitter: "As you all know I am a private person and I very much want to create a safe and private place for my daughter to grow up in. A place where private family matters aren't thrown on the worldstage for all to poke and pick apart.
“In an effort to protect that space for her, I agreed to not contest claims arising from an argument I had with a family member of my partner's who entered our home while my partner was away several weeksago."

Zayn went on to say the situation “should be a private matter”, and he’s determined to bring the family back to a “peaceful environment” away from the public eye.

He added: "This was and still should be a private matter but it seems for now there is divisiveness and despite my efforts to restore us to a peaceful family environment that will allow for me to co-parent my daughter in a manner in which she deserves, this has been 'leaked' to the press.
“I am hopeful though for healing for all involved with the harsh words shared and more importantly, I remain vigilant to protect Khai and give her the privacy she deserves."

How to get help

If you're in danger now:

• Phone the police on 111 or ask neighbours or friends to ring for you.

• Run outside and head for where there are other people. Scream for help so your neighbours can hear you.

• Take the children with you. Don't stop to get anything else.

• If you are being abused, remember it's not your fault. Violence is never okay.

• Ministry of Justice: For information on family violence