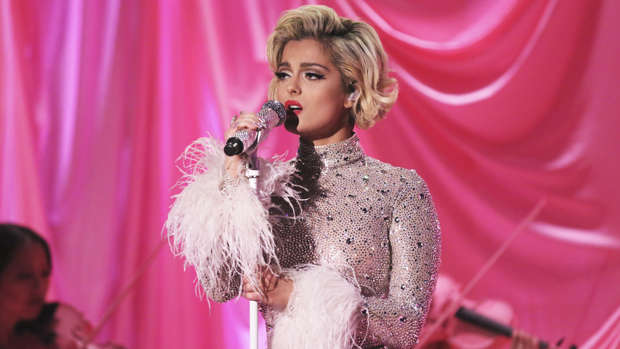 Unless you've been living under a rock, by now you will have heard the super catchy yet super annoying children's song, 'Baby Shark'.

In fact, you've probably listened to it at least 15 times a day thanks to your little ones.

But, thankfully, Grammy-nominated singer Bebe Rexha has decided to put her own spin on the worldwide sensation - and she actually makes the song sound tolerable!

A very special song for you pic.twitter.com/XqABezMnsE

Taking to Twitter, the 29-year-old singer shared a clip of her singing an emotional, stripped back rendition of the tune and her powerful voice absolutely shines as she hits her signature high notes while sitting effortlessly on a stool.

"A very special song for you," Rexha wrote alongside the video.

Her voice is so beautiful you won't mind the kids playing it on repeat!