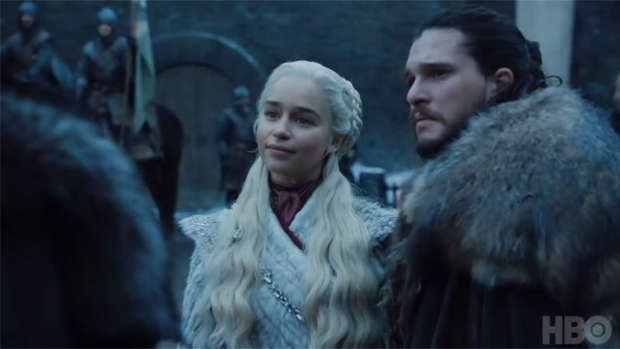 HBO just dropped their teaser for the various shows they have coming out in 2019 - including a clip from the upcoming eighth and final season of Game of Thrones and it has fans in a tizzy.

It’s going to be a very good year.

The glimpse - which lasts around 8 seconds - shows a dragon flying over Winterfell, followed by John Snow introducing Daenerys Targaryen to his sister Sansa Stark for the very first time.

"Winterfell is yours, your grace," Sansa tells the mother of dragons.

Literally what I did, I dropped my phone.

The new season of Game of Thrones is set to be released in April this year and we can't wait!