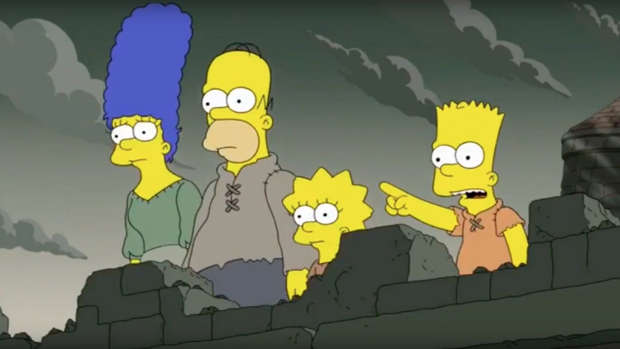 The shocking destruction of King's Landing by Daenerys Targaryen in Game of Thrones' latest episode seems to have been predicted by The Simpsons two years ago.

According to the Sun, a 2017 episode of The Simpsons, titled The Serfsons, saw the titular family enter into a cartoon parody of Game of Thrones.

The episode depicted a medieval version of Springfield, with jokes about The Night King, Jaime and Cersei Lannister's relationship and Daenerys' dragons.

But one scene has caught the attention of fans after Monday's episode of Thrones; the Simpson family watch from afar as a dragon burns their home town to the ground.

The writers of #GameofThrones
"The Simpsons seem to get it right" pic.twitter.com/2E26YlKX9a

The shot bears a striking similarity to Daenerys' attack on King's Landing.

The Simpsons always find a way to predict these things. #GameOfThrones pic.twitter.com/plyDQl5U48

Daenerys' attack confirmed a theory that the mother of dragons would become "The Mad Queen", echoing her father's murderous tendencies.

The final episode of Game of Thrones airs next Monday on Sky SoHo.