Miley Cyrus' voice has once again blown us away, this time in the latest episode of Carpool Karaoke.

The Party in the USA singer joined The Late Late Show host James Corden to cruised the streets and belted their hearts out.

As well as helping James lick some stamps with her famous tongue, Miley also explained how she's changed for the better over the past few years.

"Everyone should embrace who they used to be, because it's made you who you are now," she said. 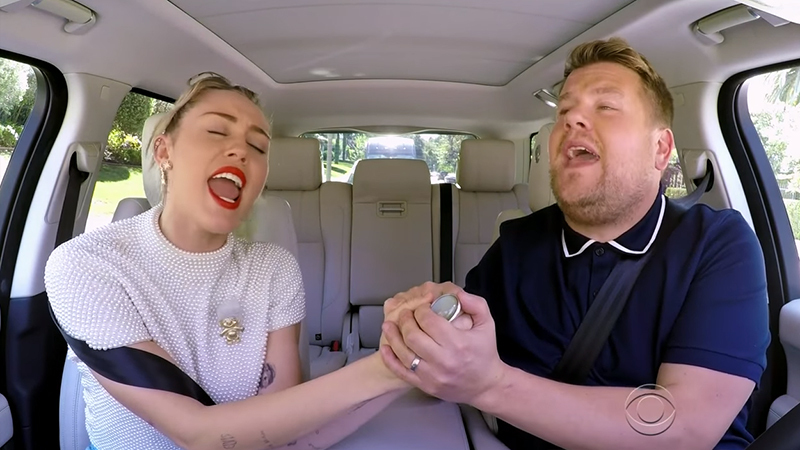 Miley also revealed that she was 'high' on marijuana during the filming of her music video for Wrecking Ball, where she swings naked on destruction equipment.

She later joked that although she had a great time singer her biggest songs with James, "it would have been more fun if we 'hot boxed' this thing", she said referring to smoking weed in the car.