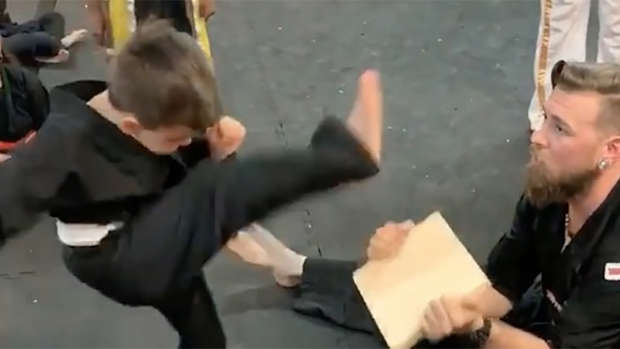 A video of a young boy trying to break a board during his karate class has gone viral for the most heart-warming reason.

In the clip five-year-old boy Phoenix Swonder attempts to break a wooden board, held by his karate teacher, with a heel kick – but after several unsuccessful goes, the young boy bursts into tears saying that he can’t do it.

However, his amazing sensei and karate class don’t let him give up and start encouraging him by chanting his name.

And what happens next will make you melt ...

Kind kids 🤩 A young boy was having trouble breaking a board in half with a kick during his karate class so the other students offered him some encouragement! Watch what happens when he finally breaks the board! pic.twitter.com/RovDcgQSC5

After a few more tries Phoenix eventually breaks the board his karate kick and the entire dojo erupts in cheers of celebration!

"My boy learned one of the most important lessons in his life today! NEVER ... EVER GIVE UP!!!”

What an amazing and inspiring lesson on perseverance!