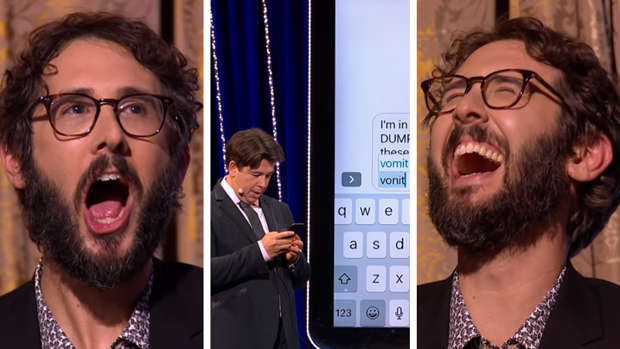 First comedian Michael McIntyre left The Chase’s Bradley Walsh in tears of laughter, now he has set his sights on singer Josh Groban.

Joining the Brit on his BBC Big Show, the 37-year-old performer handed over his cell phone for a hilarious prank that saw a very out of character text message be sent to every single person in his contact list.

And the responses he got were absolutely priceless.

Before then, Michael discovered an app on Josh’s phone which held recordings he had made of himself sleep talking!

Some of the things the star said while slumbering will really make you giggle.

Watch how everything unfolded in the video below ...