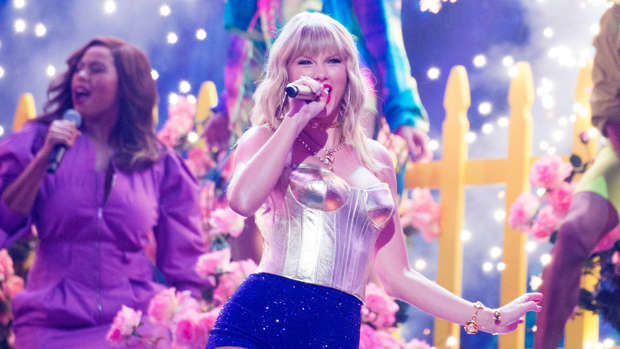 Taylor Swift has blown everyone away at this year’s MTV Video Music Awards.

Taking to the stage, she shared a stunning live performance of her latest hit songs, Calm Down and Lover.

Later Taylor took home the award for Music Video of the Year for Calm Down, which featured numerous LGBTQ icons, including Ellen DeGeneres, the cast of Queer Eye and Adam Lambert.

But it wasn’t just Taylor who was a sensation at the 2019 MTV VMAs.

The Jonas Brothers wowed everyone with their performance of Sucker and Only Human, while Lizza killed it with Truth Hurts and Good As Hell. Miley Cyrus - who recently made headlines after splitting with husband Liam Hemsworth - took to the stage to perform Slide Away.

Shawn Mendes stole hearts with his song If I Can't Have You, as well as with a loving duet of Señorita with his girlfriend Camila Cabello.

Missy Elliott performed a mega mash up her top hits, including Get Ur Freak On and Lose Control.

Missy Elliott was the recipient of this year’s Video Vanguard Award.