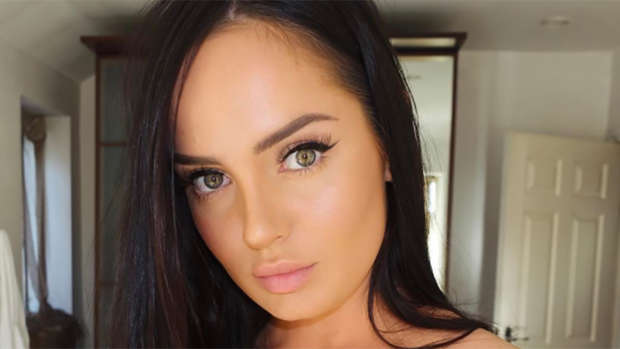 It's every woman's worst nightmare: leaving the salon with a botched haircut.

But for one Australian woman the nightmare became a reality.

This is how they cut my requested 'long curtain fringe' pic.twitter.com/EOwnWxmT1o

"I don't know what they did," the distraught beauty blogger said in a video.

"I told him I like little pieces on the side like a curtain fringe and this is what he gives me.

"My fringe is literally shorter at the back than it is at the front. What the f**k?"

I straightened my hair when I got home and cried when I saw what they really did. pic.twitter.com/fInrQq5ARB

"I told him as he cut my fringe and freaked out, pulled away and said 'no no I wanted a long curtain fringe' but he had already done it," Chloe posted.

"Then he curled it a bit as he dried it so I couldn't see how bad it was till I got home and straightened it."

We feel your pain, Chloe!

Can u believe these pics are of the same person? @TheNinaVee pic.twitter.com/g4vuAD2r0w