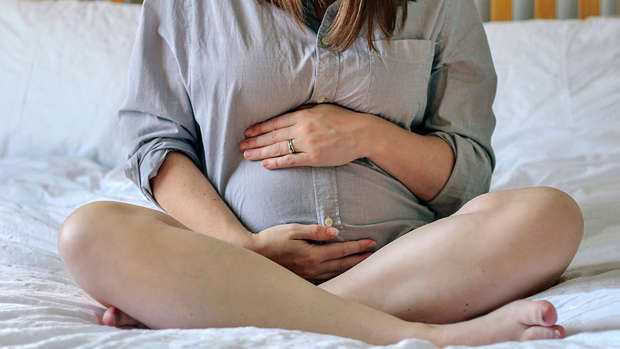 A Kiwi mother who uploaded a "beautiful and inspiring" post-pregnancy photo of her stomach has been hit with abuse by nasty trolls who mocked her appearance.

In a Kiwi Facebook group, a group of men sent a barrage of nasty and abusive comments shaming the woman for her stretch marks and excess skin.

The image of the woman in a bra and pants exposing her stomach was accompanied with the caption "ātaahua", the Māori term for "be beautiful".

But a number of nasty comments from men left other mothers and parents shocked.

One user said: "Bio oil and walks with the pram won't fix that".

Another compared her tummy to the "skin of a rhino".

While some poked fun at her stretched-marked stomach, many others threw their support behind the mother praising her for her "tiger stripes","confidence" and ability to break down the negative connotations that come with childbirth.

One person called on those men who showed disrespect to educate themselves on the sacrifices women make to have a child.

"Of course these insults come from men who can't even carry a child…all women are different and carry their pregnancy differently, stretch marks can happen to the smallest of women," a member of the group wrote.

"Wow, perhaps you would change your view if you were able to and know how hard and beautiful it is to carry and birth a child. This has nothing to do with NZ women, obesity OR LAZINESS. All women are different and carry their pregnancy differently, stretch marks can happen to the smallest of women. And stretch marks and the pouch of skin you get after birthing a child WILL NEVER GO AWAY. Go educate yourself."

Another wrote: "Any dude who puts a woman down for her stretch marks or sees them as ugly, doesn't deserve the company of a woman and shouldn't really call himself a man."

"Your tiger stripes are beautiful. You carried a human inside and your body is a reflection of your sacrifice. to those who don't have nice things to say... Ka pai... Your comments are yours only."

A number of men showed their appreciation to the mother who posted, with encouraging her to keep sharing her message and beauty.

"You earned them marks, a badge of honour… You tell it like it is, keep on going forward, all the best to you."

Another woman revealed the stress and pressure many mothers face to keep up with the pressures of body image perception, even after childbirth.

"Yes its a natural thing when you have something growing inside you... A lot of women are self-conscious about it cause douchebags out there put women down over them."

"My man makes me feel proud to have my stretch marks. I'm glad to have someone who loves all of me," one wrote.

"Took me a long time to accept my body. I flaunt it now. Scars, stretch marks, cellulite and loose skin."

The woman's post attracted hundreds of reactions and comments from both men and women.