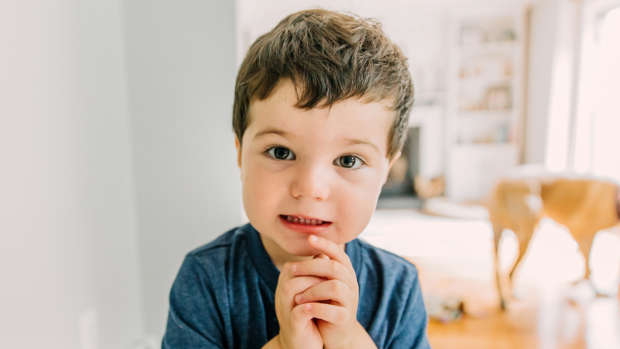 While cutesy nicknames were commonly used by parents to refer to their children's body parts, the practice is now out of line with official parenting advice.

Which is why one parent was outraged to find out her 2-year-old son had been "told off" for using the word "penis" at day-care.

The mum shared the incident on parenting forum Mumsnet after she was summoned for a meeting with her son's teacher.

"She closed the door and said in a very serious voice that DS [darling son] had told one of the workers that he liked his penis when she was changing his nappy. Then directly afterwards he said to some of the children that he likes his penis," she wrote.

"Then she just stared at me with this weird worried look on her face. So I said 'OK. I'm not sure what you want me to do. I think most little boys like touching their penises.'"

"She said that she understands that, but it's inappropriate for him to use that sort of language in the nursery setting. I said 'I don't understand what you mean, he's not cursing, he just said he likes his penis.'"

The 2-year-old's teacher went on to explain she was concerned that "particularly the little girls, [would not want] to hear that word and that the nursery workers had gone to her and she had told my [Darling Son] to stop saying it and explained to him that it wasn't a nice thing to say."

The mother, however, refused to comply.

"I said 'Absolutely not. I'm not giving my child a complex or making him think his body is something to be ashamed of. He's two for gods sake!

"'Furthermore, I do not want you or anyone else to tell him not to say it either. If he says it again, just distract him with something and he'll stop.'"

The teacher reportedly had been trying to "avoid a situation where another parent gets upset because their child came home and said penis."

The mum wrote: "I told her she can tell them that my son said it because his mother has taught him about all his body parts."

Parenting experts and medical professionals now urge parents to use the correct anatomical terms for a child's genitals - as having pet names can inadvertently teach them that their "private parts" shouldn't be spoken about, or that they are "rude".

In 2017 the NHS Trust in the UK released a video encouraging parents to do away with nicknames for genitals, and instead use "penis" and "vulva" - the anatomically correct terms for genitals.

"If we want to be clear about what children mean when they talk to us about their body and touch, then we need to teach them accurate language," explained the website.

Experts also suggest that children who know the correct names for their genitals may be more able to communicate with adults if they are victims of sexual abuse, or experiencing health problems.