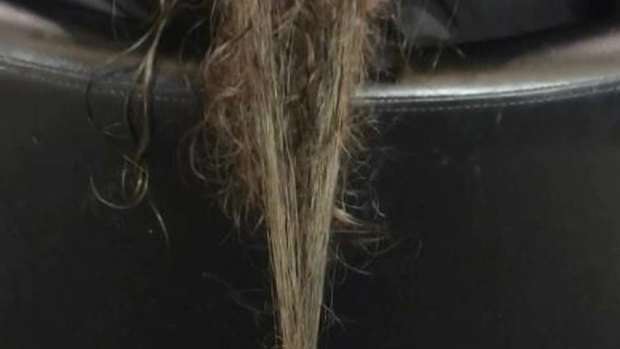 Extreme hair loss is fairly common after having a baby and, judging by the comments on this woman's viral video on Instagram, it's not something anyone misses from the early days of motherhood.

Christina Kreitel, who owns a hairdressing salon, shared the video on her Instagram page of what she called "the post pregnancy shed".

Kreitel sympathised with her client as she is reportedly going through the same thing herself.

HaHA!!! Nothing like that Post Pregnancy Shed man!!!! You know the time, 4 months postpartum and you FILL that drain! I’m going through this myself and like to collect it on the wall of my shower 😏 Haha so grossly satisfying 🤮🤑 This is just as good as scalp treatments!! Anyone else going through this!!! #licensedtocreate

"You know the time, 4 months postpartum and you FILL that drain! I'm going through this myself and like to collect it on the wall of my shower," she posted as a caption to the video.

The video has had more than 3 million views in less than a week and has received numerous comments from women who remember going through the same thing.

"Mine was so bad! Is there a way to prevent this? I stayed on my vitamins and everything," someone posted.