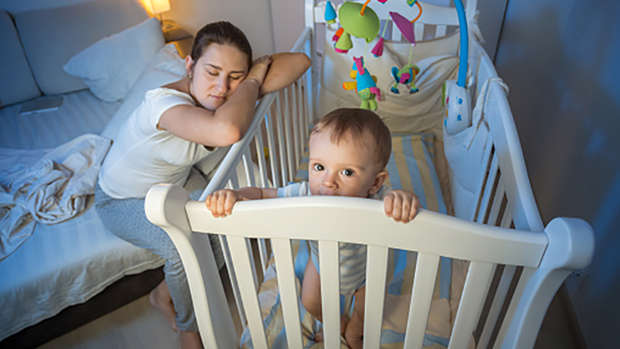 It's hardly a surprising fact that becoming a parent equals a lack of sleep.

But have you ever wondered just how much shut-eye you're losing?

New research has found that first-time mums can expect to face about SIX YEARS of sleep deprivation!

Researchers tracking the sleep of thousands of men and women found that shuteye hit a low about three months after birth – with the effect strongest in women.

And while parents gradually saw an improvement in their sleep as their firstborn grew, it seems their night-time rest was never quite the same again.

READ MORE:
• This is the strange reason women give birth lying down ...
• Aussie mum blogger shares extremely "raw and honest" post on marriage after kids

The study found that women lost an hour of sleep per night for the first three months after the birth of a first child, and about 40 minutes of sleep a night in the year after a baby arrived, regardless of whether it was a first child or not.

So what about dads?

They lost a mere 13 minutes per night!