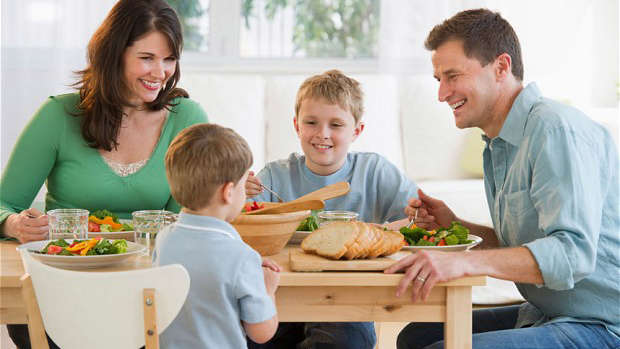 Most of us don't have a clue what's for dinner tonight, according to research by New Zealand's biggest supermarket chain, revealing a disconnection between our food aspirations and the grim reality of our busy lives.

Foodstuffs marketing general manager Steve Bayliss said a survey found only 26 per cent of us knew in the morning what we were having for dinner that night.

Foodstuffs, which has the New World and Pak'nSave brands, asked 2478 household shoppers from around the country to take a 20-minute survey and conducted a parallel survey with 1756 Foodstuffs panel members.

"Planning for dinner is often spur-of-the-moment. When asked about their general approach, more than half demonstrate an unstructured dinner planning approach. Only 26 per cent knew what they were having for dinner at the start of the day," Foodstuffs said.

"Our dinner planning is becoming increasingly spontaneous as our busy and complicated lives make it difficult to be fully prepared. Supermarkets can play a key role in supporting these spontaneous dinner decisions. In an ideal world, people want to cook a dinner that is healthy, good quality and fresh, value for money and delicious. However, our research shows that there's a disconnect between what people want, and what they achieve at dinner time."

In response to this - and the rise of home-delivered meal solution kits - Foodstuffs has begun selling DIY dinner kits in the past few months.

"Just Cook It meal kits are prepared fresh in-store daily with pre-measured ingredients including meat or fish, vegetables, spices and sauces. Each week there are new recipes to try. The kits come with easy-to-follow recipe cards and start at $22.99 for a two-person serving," Bayliss said.

"Everything you need is in the kit, aside from a few pantry staples such as oil and salt." 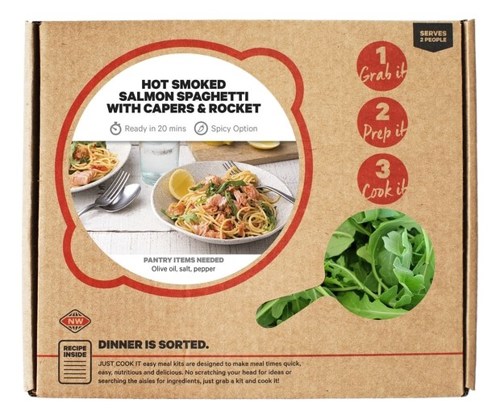 Cecilia Robinson, co-chief executive of popular home-delivery business My Food Bag, last year said the business had 35,000 customers in New Zealand and Australia and annual growth of 120 per cent in weekly deliveries. Forecast revenue for 2017 was $135 million-plus, it was reported then.

WOOP, FoodBox and Bargain Box are some other businesses selling meal kits.

Since mid-February, Foodstuffs has been selling kits at New Worlds in Auckland's Eastridge, Stonefields and Howick and at Wellington's New World Thorndon, asking $22.99 for a two-person box.

The kits are to be sold at the new Fresh Collective by New World chain in Auckland, initially at North Shore's Constellation Dr, then in Mt Albert once that Four Square is converted to the new brand.

Bayliss said there was a three-fold increase in sales of other home-delivered meal kits, restaurant dining and takeaways compared to supermarkets.

The new Fresh Collective is partly a response to that, he said this week.

Foodstuffs' research found:
• Only 26 per cent of people knew in the morning what was for dinner tonight;

• 13 per cent of shoppers, representing almost 200,000 New Zealand households, will shop for dinner on the day.

• Eating a fully prepared meal at home is still the norm.

• There is a gap between what people want and what they're actually having for dinner.