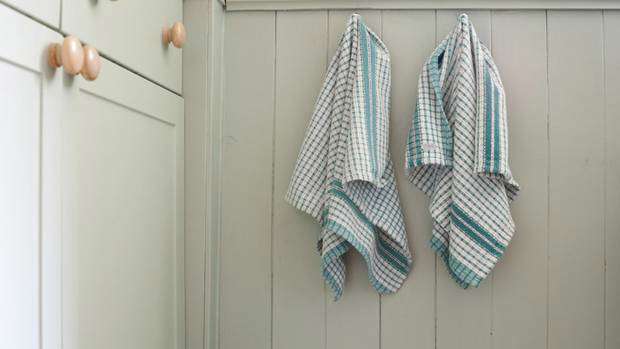 Next time you dry the dishes, make sure you use a fresh tea towel.

According to the Daily Mail, repeatedly using an old one could help to spread food poisoning, researchers warn.

Scientists found half the towels they analysed contained bacteria such as E.coli – with damp or wet material boosting their numbers.

Experts found the issue was worst among large families, meat-eaters and those who use towels for multiple purposes such as wiping utensils, drying hands, holding hot items and wiping surfaces.

In the University of Mauritius study, scientists analysed 100 towels after a month of use and found 49 per cent had bacterial growth.

Of the infected towels, more than a third had the potentially deadly E.coli bug.

The food poisoning bacteria, which can be fatal for the elderly or the infirm, were more prevalent among families that had non-vegetarian diets.

Lead author of the study, Dr Susheela Biranjia-Hurdoyal, said: "Bigger families with children and elderly members should be especially vigilant to hygiene in the kitchen."