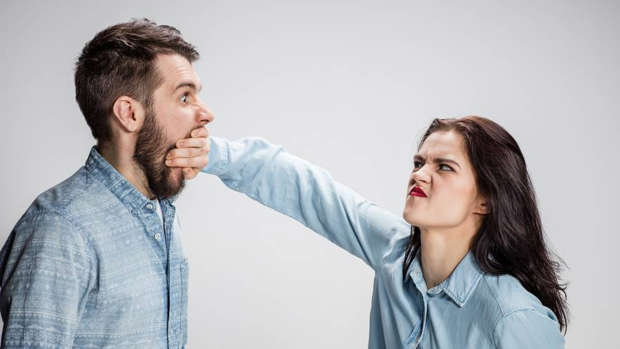 A woman struck a chord with frustrated wives everywhere when she revealed the one phrase that she hates hearing from her husband.

Taking to Mumsnet, the British user explained how she finds herself feeling 'p**** off' when her husband says: "If you want me to do something, just tell me."

Writing on the online forum, she asked whether she was being unreasonable to find it irritating, adding: "Why do I always have to be the one that thinks about what needs doing domestically?" The post prompted dozens of responses from women who find themselves in similar situation, with many saying their husbands are guilty of the same offence.

One posted: "Oh yes the same in my house. I am in a catch 22 situation. Annoyed that I 'have' to do but annoyed that I just get 'I would do it if you ask'."

The original poster appeared to be speaking for fed-up wives and girlfriends everywhere when she ranted about how her husband struggles to take the initiative.

She wrote: "He's 36 and not an idiot FFS. Surely he can take some responsibility for thinking sometimes about what needs to be done sometimes without me having to specifically ask?...

"[Am I being unreasonable?] I know I'm lucky that he will do stuff if I ask him to do it which is better than some men, but I just find it so irksome that it's never off his own back. He always has to be asked to do something."

According to the Daily Mail, the relatable post received more than 200 responses from women around the world who assured the writer she is not alone.

One wrote: "I totally get this. DP had two days off after a run of shifts and I was working - not a single chore got done. 'But it's my day off' was the excuse. When does he think I do the chores?"

Another questioned why her husband, a successful businessman, appeared to lose all his skills once he left the office.

She wrote: "[My husband] is the same. Has a really detailed, has to be precise job but fails to see the bloody obvious once he walks through the front door."

A third woman revealed the lengths her own husband would go to just to avoid the housework.

"[My husband] is currently pretending to be asleep on the couch after I said he better tidy up since he said his brother is coming around," she bemoaned.