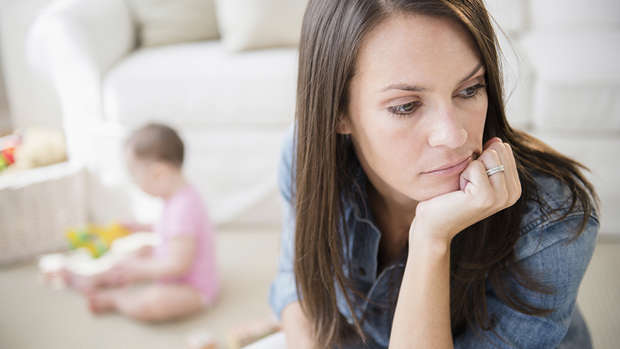 Mothers who secretly yearn for their old lives before children have confessed their regret online.

The startlingly honest online confessions from mothers around the world, which appeared in a thread on Reddit, included one from a woman who admitted she would have been 'far happier being child-free', and another who said that, while she 'strongly dislikes being a parent'.

While almost all of the women clarified that they loved their children deeply, they were frank about feeling stifled by the all-consuming nature of motherhood, reports Daily Mail.

Responding to a post that asked Reddit users if they'd ever regretted having a family, one woman said: "Honestly, yes. All the time, every day."

The unidentified mother went on: "I know this post may get some hate though, so before I say anything else, I will say that I love my son more than anything in the world and I always try to be the best mom I can be. I don't ever look at him specifically with resentment, he is my whole world."

"But I strongly dislike being a parent and the role of a parent in general, if that makes sense."

READ MORE:
• A new father has been called 'paedophile' over this photo ...
• Woman reveals her relatives think she's too OLD to start a family with her husband - she's 34!

Another mother said: "Not regret anymore, but for a long time I did. Turns out that for me, on the fence means no. I did the best I could and he's a pretty great person, but I would have been far happier being child free."

Several other users said that they'd grown to accept their role as mothers, but still experienced pangs of loss when they thought about their old lives before having children.

One mother said: "My daughter is my entire world and I love her with everything that I am but yes, I still have regrets about giving birth to her. My life 100 percent different than before and it hasn't been an easy adjustment. She is almost three and I'm just now starting to see slivers of my old self again."

"I lost myself to motherhood and breastfeeding which is beautiful in it's own right, but once again, still not easy."

A fellow user commented: "I don't think you would be human if you didn't have moments of regret. Having children is such a massive life change, there are days which just suck even with the best kids."

"I love my daughter with all my heart and miss her when she spends a night away. There have definitely been moments where I have mourned my past life despite loving my current life."

Many other mothers replied to say they'd never experienced a single regret about having children - but that they did regret the relationships that led to them having them.

One woman wrote: "I don't regret having a child, but I regret wanting one so badly that I had one with someone knowing that the relationship would never last."

"I love my kid, I don't regret becoming a single mother at all, but he definitely deserves better than his biological father."