The All Blacks have taken the Webb Ellis Cup to the grave of late rugby great, Jerry Collins.

Photos of the players Jerome Kaino, Dan Carter, Ma'a Nonu and Liam Messam with the trophy at the gravesite have appeared on social media last night.

"Awesome to bring the cup to the USO JC" said a caption on a photo of the men posted on Instagram by Liam Messam. 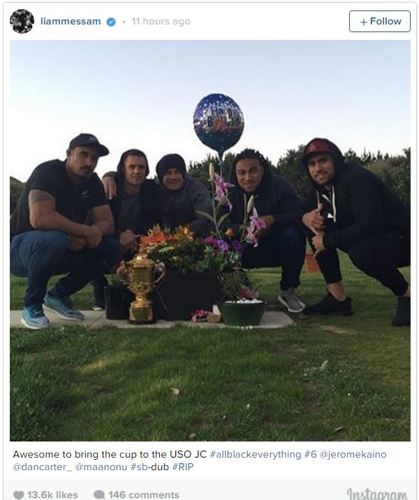 Collins and his partner Alana Madill died in a car accident in France on June 5.

Yesterday was his birthday. "Belated Happy Birthday USO! Love you uce! Always got you" said the caption on Jerome Kaino's photo. 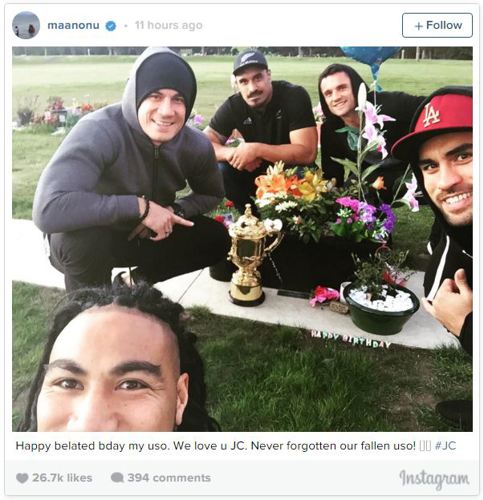