“He called up to say he was lonely and he missed [his wife],” producer Chris Hitchings told BuzzFeed. “I don’t think he had anyone else to talk to.” 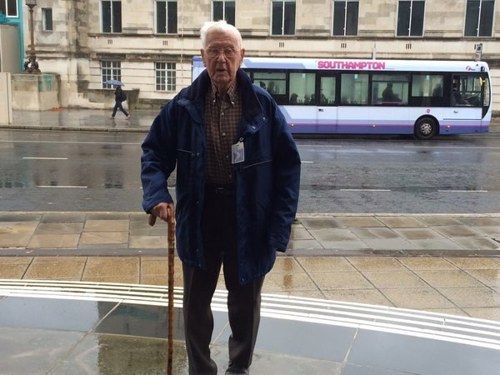 Bill is a long-time fan of Dyke’s radio show so after hearing his heartbreaking story, the radio team ordered a taxi for Bill to travel to the studio this morning.

He was welcomed warmly by regular listeners of the show and became the star. Listeners rang in non-stop for the opportunity to speak to the special guest.

Bill and his wife had been friends for over 30 years and got married last year. Unfortunately Bill’s wife had recently been admitted to hospital after a severe fall, meaning Bill could no longer provide for her. She was sent to a nursing home where Bill visits her everyday.

Listen to the phone call below:

Bill phoned BBC Radio Solent. He was upset, lonely and missing his wife.Alex decided to invite him in.We sent a cab to pick him up, have a listen to what happened next.