A one-year-old baby girl who died after a button battery became lodged in her oesophagus had been sent home from hospital on three occasions the fortnight before her death.

Isabella Rees died on February 4, 2015, three hours after her mother Allison found her "saturated" in her own blood, a Victorian coroner heard. When she arrived on that last occasion doctors sent her to be x-rayed, and the button battery was found.

She died from multiple cardiac arrests while she was on the operating table at Sunshine Hospital in Melbourne's St Albans, The Age reports.

The coroner heard the girl's family had first taken her to Sunshine Hospital's emergency department on January 16 because she was crying and vomiting. Her father says he told the hospital she had swallowed something - but this isn't reflected in the hospital records.

The baby was sent home after she stopped vomiting but two days later she was back with a fever. 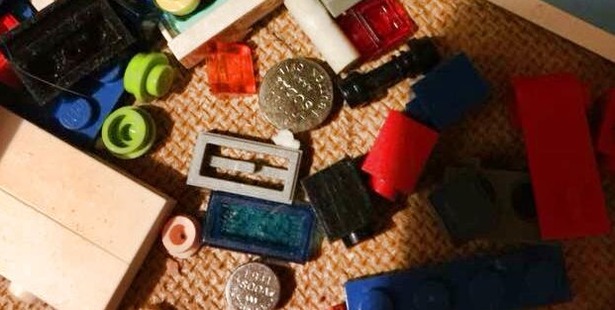 A photo of button batteries, similar to those found in a remote control, among a child's toys. Photo / Facebook

The hospital gave her antibiotics and said she had a urinary tract infection. She also had parts of a broken water balloon in her stomach. On January 21 she finished her course of antibiotics and the hospital noted she was improving. She passed away two weeks later.

Isabella's heartbroken family have banded together since the baby's death and are fighting regulations around the batteries. They have also set up a Facebook page called Bella's Footprints - Button Battery Awareness.

In a tribute to Isabella after she died her family wrote "what we would give to have another chance to hear your voice, to feel your kiss and to see you grow. Our hearts are broken. We love you Bella."

This story is an important reminder and warning sign for us all.