A confidential report into the murders of Ben Smart and Olivia Hope has emerged with the startling claim the infamous "mystery ketch" has been identified, with those on board, and the infamous crime had nothing to do with Scott Watson, now serving 19 years inside for the double-killing.

The report includes a distant and grainy snap of a woman the authors say is Hope, 17, taken at Marys Bay five days after she and Smart, 21, were said to have been killed following a 1997 New Year's Eve party.

The emergence of the report by the self-styled Maritime Research Group comes ahead of the publication tomorrow of a new book by author and investigative journalist Ian Wishart, which also claims to have identified the ketch, initially the focus of police inquiries.

In pre-publication publicity, Wishart echoes claims to have solved the case 17 years after police secured a conviction against Watson that a string of challenges has yet to shake.

Last night, Wishart said he knew of the Maritime Research Group report. But he said his book, Elementary, "reaches a different conclusion".

Police are well-versed on the report, which reveals former Police Commissioner Howard Broad appointed a retired officer to review its content and findings in 2010.

A police spokesperson confirmed last night it was "aware of this group and their theories regarding the case".

"There is nothing in their correspondence that convinces police that anyone other than Scott Watson was responsible for the deaths of Ben Smart and Olivia Hope."

The report is the latest public investigative effort into a disappearance. It was written based on research by commercial pilot, engineer and sailor Warwick Jenness with help from yachtie Mike Kalaugher and Keith Hunter, who wrote Trial By Trickery about the case. 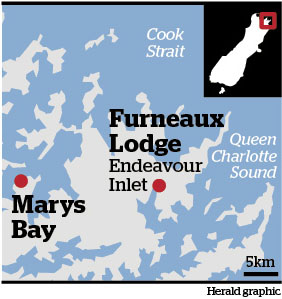 The group's report was leaked to the Herald - the authors have not sought to make its findings public.

It claims to have identified the ketch first thought by police to be linked to the Hope/Smart disappearance, based on the description by a water taxi operator who dropped them off early on January 1, 1998.

Based on dozens of sightings, sourced from police evidence and original investigation, it traces a path from the Pacific to the New Year's Eve party at Furneaux Lodge.

Mr Jenness said work by the group had identified a police error in assessing evidence from a key witness who claimed to have seen Hope on January 3, 1998. The prosecution case against Watson maintained he had killed both the pair by that date.

The report also claims a sighting of Hope and Smart on January 5. It includes a distant and grainy photograph its authors claim show Hope.

It also names three individuals it believes to be connected to the murders. The Herald chose not to name either the ketch or the trio. 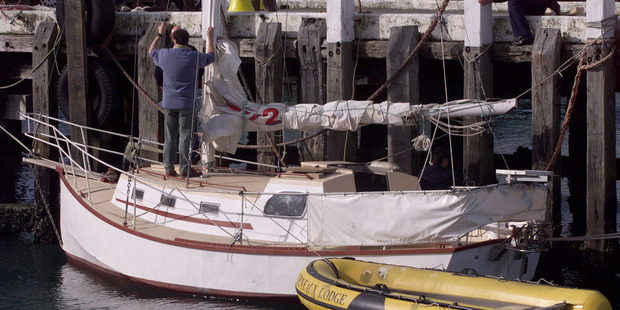 The report paints the ketch as having a central role in the smuggling of cocaine. At least one of those named in the report and linked to the ketch is serving a lengthy prison term in the Oceania region after being caught at sea with a lot of cocaine.

The report again pits police against the yachting community.

"Any yachtie who looks at the practical side of what happened quickly comes to the conclusion this case presented by the police could never have happened ... it's full of holes," said Mr Jenness.

Watson's father Chris said there had been talk of a drug syndicate's involvement but his focus had always been on the prosecution of his son, rather than the hunt for the ketch.

He said the report, which he had read, took "quantum leaps" to reach some of its conclusions. "[They] have turned up some interesting stuff. The police are going to deny there is anything worth looking at."

For more visit the NZ Herald