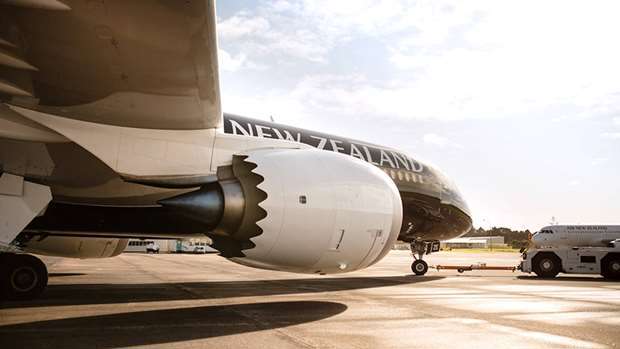 An appalled customer took to Twitter on Saturday to express his horror at the prices of flights between Auckland and Christchurch.

At the time a return trip would have cost between $747 to $787. The fares have since changed, selling for as low as $139 early on Sunday morning.

"[Air New Zealand] this is ridiculous! People are literally trying to fly into Christchurch to be with loved ones and for funerals happening in the next day or so. Pretty pathetic to be prioritising profit in current circumstances," Guled Mire wrote on Twitter on Saturday night.

Air NZ quickly replied, saying: "We're saddened by the tragic events that has occurred and are trying to help those with travel over the weekend and those that are directly affected. Although we've been putting on additional capacity we have very little availability which is why the fares have increased."

Mire went on to say that Air NZ's response was "ridiculous and not okay".

"Islamic customs require the deceased to be buried as soon as possible. Least you can do is offer some sort of assistance or discount to those with genuine hardships affected by the current situation. I don't buy it being out of your hands," he said.

The post has also attracted much attention with people labelling the airline's stance as "appalling", "infuriating" and "obscene".

.@FlyAirNZ this is ridiculous! People are literally trying to fly in to #Christchurch to be loved ones and for funerals happens in the next day or so. Pretty pathetic to be prioritising profit in current circumstances. pic.twitter.com/NtFD8egEHY

"Sort this out @FlyAirNZ this is not the time for profit," one person wrote.

Another said, "Oh my God @FlyAirNZ. This is a national tragedy. Throw out your rulebook for this occasion. Lower the prices. People need to get in and out of Christchurch and this is not the time to profit off a tragedy."

Another commenter also wrote, "People are trying to farewell their loved ones, and @flyairnz is profiteering. I fly this route three times a week. These prices are x3 [normal]. Our national carrier is making a profit from terrorism."

Air New Zealand was quick to change their stance, and within the hour stated that "due to the increasing customer demand for travel to Christchurch in the coming days we will be reducing fare levels and increasing capacity".

The airline also stated that it would offer compassionate fares to affected friends and family.

"Since this tragedy began unfolding we've been offering direct assistance to immediate family of deceased and discounted compassionate fares to other affected friends and family from around the world. We have also been supporting the transport of emergency personnel to Christchurch," it said.

We have been providing free travel to immediate family from around the world to CHC and offering discounted fares to other affected friends & family. With the increasing customer demand for travel to CHC in the coming days we are reducing fare levels & increasing capacity. ^NA

As of 6am Sunday morning, return flights between Auckland and Christchurch were now selling for as low as $139, and range between $109 - $289 from Wellington in the next three days.

Mire said while he was thankful for the compassionate fares, Air NZ needed to do a better job at communicating these messages to Muslim communities.

"So grateful for the power of social media...please continue championing this important cause. Prices are still not low enough if you ask me," he wrote.