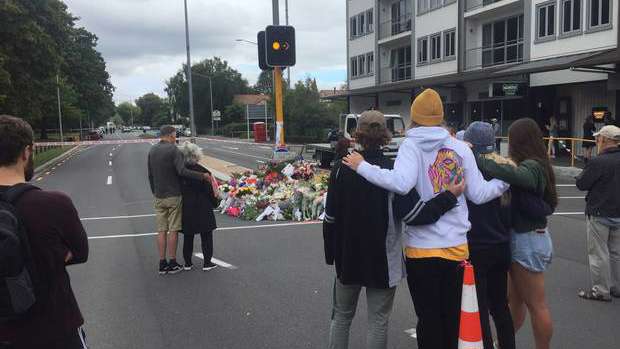 A Canterbury counsellor is advising all parents with young children to turn off the television tonight.

Christine Macfarlane, who was among customers evacuated from the Eastgate Mall after the shootings began in Christchurch, says parents should talk to their children about what happened but shield them from traumatising images on TV and the internet.

"Immediately after any trauma, particularly for children, there is a need for adults to reassure them, to validate their feelings, to say they are there for them to support and look after them." she said.

"The other point is, if it's children who were in there witnessing it, to not have the TV on replaying the scary stuff, so they are not being exposed to traumatic events unnecessarily. That is the internet and TV.

"Of course if it's teenagers they will see it themselves on their own devices. But if it's little kids, they don't need to see that."

Macfarlane, who is Canterbury's member of the NZ Association of Counsellors executive and a spokeswoman for the association on school issues, said parents even outside Christchurch should protect their young children from trauma.

"Even though a 5-year-old may not know what's going on, they will hear the tone of voice. Kids pick up on our emotional response more than what we are seeing," she said.

"That's not saying you are hiding it from them. You can say, 'Bad stuff has happened and the police are out there trying to keep people safe and we have to stay home so we can't go out.'

"So this is important that we listen to them, but we don't need to watch it time and time again. It's that balance of being realistic and factual and not being over-dramatic. It's keeping your calm and not hiding the facts from people."

She said more intensive support would be needed for any children who actually witnessed the shootings or lost family members or other people close to them.

"It's extremely important that we recognise that people are going to process this for some time," she said.

"Things will be unsettled for them for a few weeks, and then if it's not getting reduced or they are still quite traumatised after a number of weeks or months, that's when you say you need extra support and you need to see a counsellor."

She said schools could hold services or special assemblies to support children who have lost family members, but should keep disruption to a minimum.

"It's important not to hide from it. But it's really important to keep kids in routine."