The dog affectionately dubbed "motorway girl" has been rescued after at least three years living on the side of an Auckland on-ramp.

At first she didn't think too much of it but when she saw her a second time she pulled over and tried to grab her. 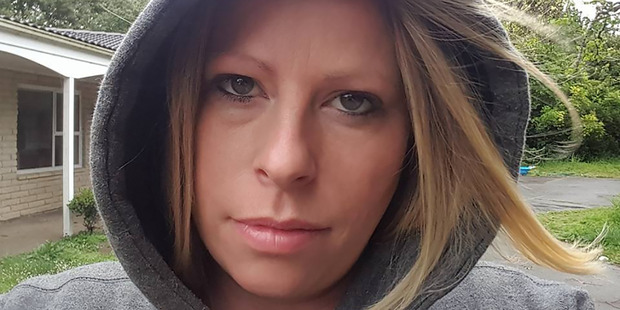 She didn't want a bar of her and took off, Gibbs said.

That was the beginning of a three-year mission to feed, eventually gain the trust, and rescue the infamous "motorway girl".

"I always notice dogs wandering ... I thought it was unusual that there was a dog there but just thought that she was from the houses behind the gully.

I saw her again a couple of days later and went in again and tried to catch her and it all spiralled from there, really."

As for why it took so long, Gibbs admitted she had never heard of it taking so long and guessed it was because Lilica was comfortable in the area and had either had a bad, or no, experience with humans.

"Her first instinct is to avoid any sort of situation where she feels uncomfortable so each time I turned up there she could see me from a few hundred feet away and she would take off and that would be it."

There was one time where she came close to grabbing her she found Lilica trapped in a drain but she managed to "crocodile roll" out of her lead and take off again.

During the three year rescue attempt, Gibbs knew early on the best way to win the canine over was by keeping to a routine. Gibbs said she finally began making headway about six months ago when "she was looking like she wanted to get to know me".

Then about a week before she grabbed her, Lilica let her pat her.

"I didn't want to push my luck with trying to get a lead on her ... and then when I went back last week that's when she let me rub her tummy and I thought 'well, now's the time'. She freaked out a wee bit and then I just calmed her down and carried her to the car and got her in the car ... and burst into tears. I still can't believe it.

"I'm absolutely stoked, but stoked for her because she's safe now. She doesn't have to brave another winter, she doesn't have to worry about where her next meal comes from, she can begin to learn what it's like to just be a dog." During the three year rescue attempt, Gibbs knew early on the best way to win 'motorway girl' over was by keeping to a routine. Photo / via Facebook

"She's such a cool dog. I've cried a lot in the last week. People are really interested in her story because anybody who travels that road has seen her and everyone wanted to catch her, but no one could. Only Taryn."

Since her rescue, Lilica has been looked after and rehabilitated by "The Dog Dude" Hamish Young, of Hamilton.

Gibbs said temperament and behaviour-wise, Lilica was fine, it was more an apparent hind leg injury that is likely to require surgery that is their biggest concern, along with getting her vaccinated and de-sexed.

● Anyone wishing to make a donation to Lilica or the Passion4Paws organisation can make a deposit into their ANZ trust account: 01-0286-0022730-00