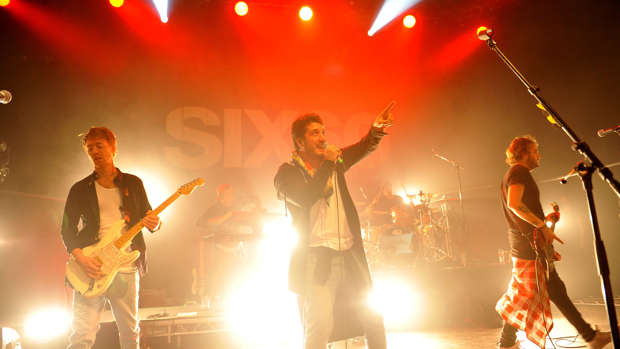 About 200 concertgoers were refused entry to the Six60 concert at Forsyth Barr Stadium on Saturday night when they tried to enter with "fraudulent tickets".

Eccles Entertainment promoter Dave Munro believed the vast majority of the fake tickets presented at the gates were obtained from Viagogo, the controversial reselling website.

It was upsetting for both fans and the organisers, he said.

"This is incredibly disappointing and something that no-one wants to see happen."

He said those affected were not prevented from attending the concert. Instead, they were given an opportunity to buy legitimate tickets at the gate.

"We've been pushing the message really hard that people need to only buy from the official ticket seller, Ticketmaster.

"Because there were still legitimate tickets available, there was absolutely no need for people to pay an inflated price, let alone go to an online scalper.

"It's a really unfortunate problem and people need to be really careful when they're purchasing tickets that they make sure they're buying from the official ticketing agent."

The incident comes a month after promoters cancelled 24 tickets to Norah Jones's show at the Regent Theatre next month, because they had been sold multiple times through Viagogo.

Resale of the tickets is in violation of the terms and conditions, and Viagogo is now being sued by the Commerce Commission for allegedly breaching the Fair Trading Act.

A Frontier Touring spokeswoman said her company, along with the Regent Theatre, had taken action against scalping on Jones' show and cancelled 24 tickets which were made available again through TicketDirect.

Last Monday, the Government announced it would take measures to prevent ticket scalping in New Zealand.

READ MORE:
• QUIZ: Which SIX60 song are you based on your personality?
• Six60's Matiu Walters cover of 'Home, Land and Sea' is AMAZING

They include a price cap on resale tickets, enforcing rules around information that needs to be disclosed to better inform consumers, and banning ticket-buying "bots".

"While misleading and deceptive behaviour is already prohibited under the Fair Trading Act, I am concerned that this doesn't go far enough towards protecting consumers."

The Commerce Commission has received more than 400 complaints since 2017 about Viagogo alone, making it the most complained about trader during that time.

Prime Minister Jacinda Ardern said it was "fundamentally unfair" that people were profiting while New Zealand's arts and culture sector was short-changed and consumers were being scammed.

"We all know people who have bought tickets to the big concerts, sporting events and festivals who have not been able to attend because the tickets were fake or were duplicates."