The VIP cup presenter has been announced for this weekend - they're the greatest. We'd LOVE the All Blacks to receive the cup from them! 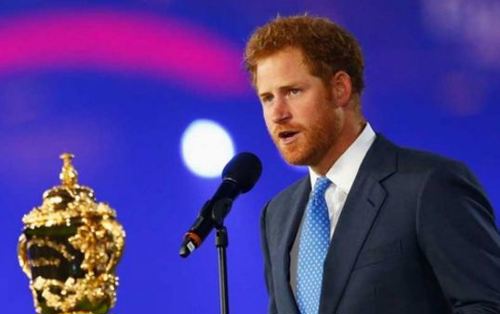 Prince Harry will hand over the Webb Ellis Cup to the winning captain of the Rugby World Cup final on Sunday morning (NZT).

Unfortunately for the royal heir, that will be either Richie McCaw or Stephen Moore and not Chris Robshaw of England.

Prince Harry is the honorary president of the England Rugby Football Union and spoke at the opening ceremony of the tournament on September 18.

He was also at Twickenham when England lost to fierce rival Wales in the Pool of Death, where his brother William - the patron of the Welsh team - was seen celebrating the famous victory beside him.

England were then knocked out of the tournament following another loss to Australia the following week.

If the All Blacks win, McCaw will become the first captain to lift the trophy twice.