It's one of the most heartwarming photos you'll see ahead of the Super Rugby final... 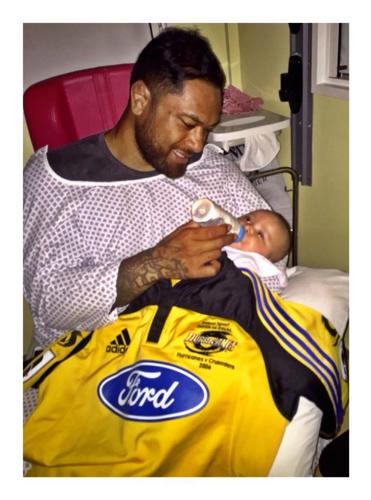 The Hurricanes take on the Highlanders in the Super 15 final in Wellington tonight. Collins and his partner Alana Madill died when their car was struck by a bus on a French motorway last month.

Ayla, their only child, received critical head injuries and is recovering in a French hospital.