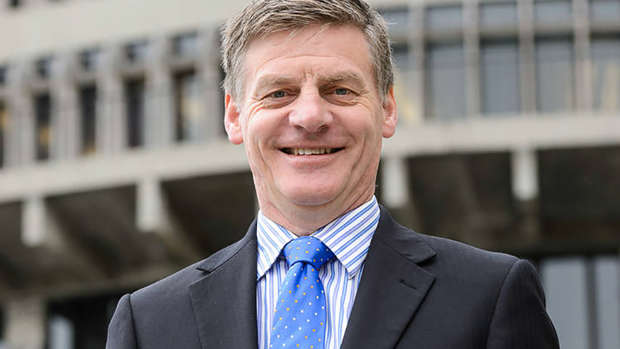 Bill English has stepped down as National Party leader.

English made the announcement at a press conference at Parliament with many MPs standing behind him. HIs wife Mary and sons were also there.

He told caucus of his decision earlier this morning.

English said he had been reflecting over summer on his decision.

English said he would embark on "new personal and professional challenges."

He would resign and leave Parliament on February 27 and deliver a valedictory.

He said it would give National's new leader the time to prepare for 2020.

English said it had been a privilege and honour serving in Parliament for the last 27 years.

English thanked the public for the support they had given National. He also thanked his colleagues and the National Party. "I

"I've been fortunate to be able to come to work every day with a sense of mission."