Kate and Gerry McCann have refused to feature in a Netflix documentary about the 2007 disappearance of their daughter Madeleine, MailOnline has learned.

The streaming service has not announced a release date for the eight-episode show but says it will feature new interviews with key investigators.

It follows the success of last year's one-part documentary on wrongly jailed American student Amanda Knox and the hit series Making A Murderer.

MailOnline understands the McCanns declined to be involved because the Metropolitan Police investigation into Madeleine - Operation Grange - is still underway.

The documentary will likely air before the McCanns learn the result of their appeal to the European Court of Human Rights regarding the Portuguese ex-police chief who claimed their daughter is dead and they are responsible.

Goncarlo Amaral, 57, claimed in his book The Truth Of The Lie that the three-year-old died at Kate and Gerry's Praia da Luz holiday house and the couple covered it up.

But this was overturned on appeal and that decision upheld in another court this April, meaning Amaral is now able to sue the McCanns for damages potentially totaling tens of thousands of pounds.

To prevent this, Kate and Gerry, both 49, have lodged an appeal in July with the European Court of Human Rights. They now wait for the date of their Strasbourg showdown with Amaral to be confirmed. 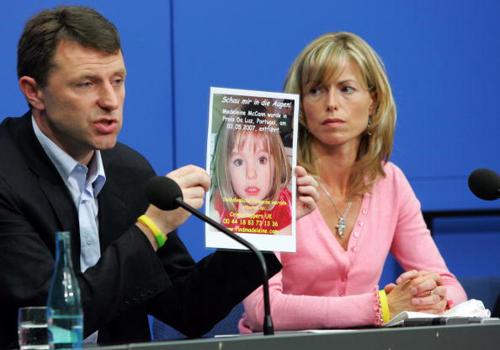 A source close to the couple told The Sun: "They discussed the situation with their legal team and they decided that ultimately it was worth fighting the decision of the Portuguese court.

"They are upset that the court made this ruling but are also desperately upset at Amaral's claims which are ludicrous and hurtful."

Family spokesman Clarence Mitchell told MailOnline: "I can confirm that Kate and Gerry McCann's Portuguese lawyers lodged an appeal application in the Amaral case with the European Court of Human Rights in July of this year.

"The Court acknowledged the application in August and its admissibility is now being examined. Kate and Gerry will not be commenting on any aspect whatsoever as it remains entirely a matter for their Portuguese lawyers."

It is understood that the result of the appeal will not be known for at least four years.

In April Amaral claimed in a TV interview that Madeleine's body was cremated after she was abducted in 2007.

Amaral said she may have been hidden in another British woman's coffin as she was cremated, and said the church where Madeleine's parents prayed was key.

He said: "We had information three figures went into the church via a side door at night. They had a box and there was to be a cremation of a British woman.

"It is possible the child's remains were in this box and cremated as well. The parents had the key to the church."

During a TV interview in April BBC presenter Fiona Bruce asked the McCanns: "One of the police officers in Portugal has been a thorn in your side for many years, he was thrown off the investigation but then he wrote a book ... and you fought it through the courts.

"At the moment you've lost and he's won. Is this the end for you now, are you going to continue to fight him?"

Mr McCann replied: "I think the short answer is we have to because the last judgment I think is terrible.

"I think it's also important to say that when we lodged the action was eight years ago, and the circumstances were very different, where we felt there was real damage being done to the search for Madeleine at that time, particularly in Portugal."

Mr McCann added that it was important to challenge Mr Amaral in the European courts on behalf of the wider family, including his children.

Agreeing that Mr Amaral's claims needed to be challenged, Mrs McCann said: "I find it all incomprehensible to be honest.

"It has been very upsetting, and it has caused a lot of frustration and anger which is a real negative emotion."