Some people have more money than sense!

An unnamed woman from East Sussex whose father was at the Queen and Prince Philip’s wedding sold a slice of their 68 year old cake to an anonymous buyer in LA for £500 (around $1200 NZD).

The fruit slice was wrapped in its original baking parchment and enclosed in an ivory-coloured box, adorned with the words “Buckingham Palace 20th November 1947” and a silver “E and P.” 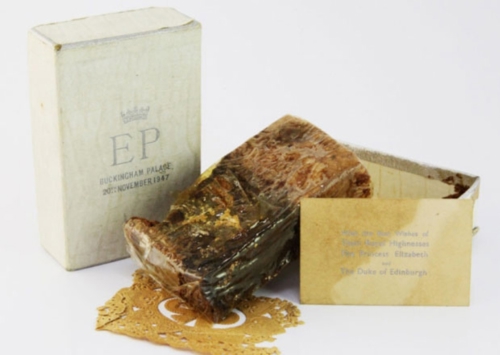 The small box also includes a card inscribed with: “With the best wishes of their Royal Highnesses Princess Elizabeth and Duke of Edinburgh.”

The burning question... is it still edible?

YEP! All due to the cake’s high alcohol content!