His was the image that broke hearts around the world and exposed the cruel practice of labelling Nigerian toddlers as witches, either neglecting them or letting them be killed by members of their community.

The photo of the 2-year-old boy, discovered naked and wandering the streets on January 31, showed charity worker Anja Ringgren Loven giving him a drink of water. 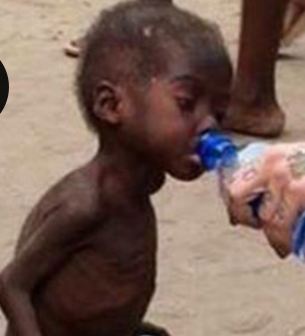 Now named Hope, the boy was rescued by Loven and taken to hospital where he was given medicine to remove worms in his stomach and given daily blood transfusions.

Following requests for help with the child's medical bills more than $1 million in donations flooded in.

Loven, a Danish woman living in Africa, is now caring for the toddler at the African Children's Aid Education and Development Foundation, a centre she and her husband founded three years ago to help children like Hope.

And just over two months on, the emaciated child found on the streets is almost unrecognisable.

In a recent post to Facebook Loven shared an image of Hope, and explained that his name stands for the acronym tattooed on her knuckles: "Help One Person Everyday". 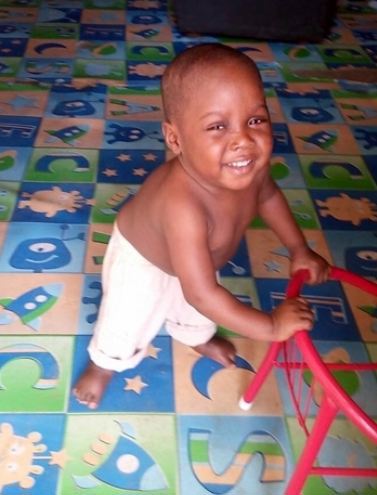 While also updating her followers with the news that Hope requires surgery for an undeveloped urethra, she says he is "really enjoying his life now having 35 new brothers and sisters who ALL take such good care of him, play with him, study with him, and make sure he is safe and is getting a lot of love".