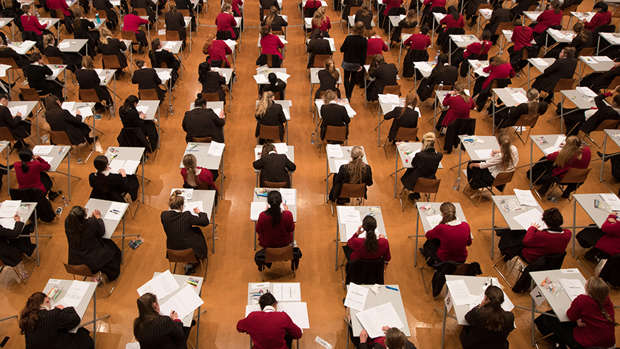 Kiwi students around New Zealand have been left in tears by an NCEA Maths exam deemed way too hard by maths teachers.

Level 1 maths students would have had to know the formula for quadratic equations to answer one of the questions in this week's exam - a formula that maths teachers say is not taught until Level 2.

While the NZ Qualifications Authority stands by the test, there have been several complaints from teachers about its difficulty and Education Minister Chris Hipkins has ordered a full report on the exam, saying no-one wants to see students and their families upset, believing that the exams were "unfair".

But how hard are the questions really? Test them out for yourself below.

One question provided a diagram of a rope swing in the shape of a parabolic curve and asked students to calculate the distance between the holes in the seat of the swing, given other key measurements. Level 1 students at "excellence" level should have been able to answer a geometry question asking students to calculate the size of an angle of a kite inside a square. How did you do? Were you able to solve them? We were left stumped ...