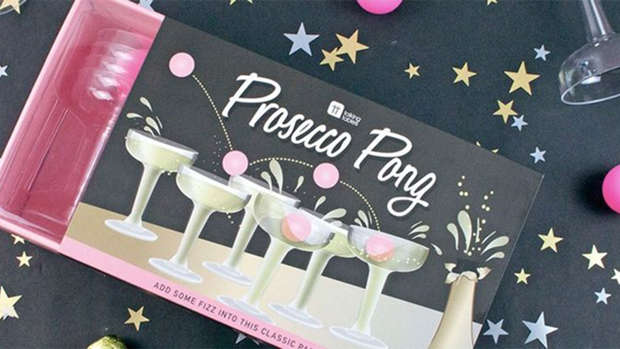 Have we got the solution for you!

UK company Turning Tables has just released a fancy version of the university game beer pong, which sees players get rewarded with glasses of bubbly instead of stout.

The 'Prosecco Pong' kit includes 12 plastic wide-necked prosecco glasses (let's be honest, no one wants to play with skinny glass flutes) and three plastic pink balls - everything except, unfortunately, a free bottle of bubbly.

The aim of the game is exactly the same.

A post shared by Maisies boutique (@maisiessouthqueensferry) on Jul 27, 2017 at 1:04pm PDT

You have to successfully bounce a ping pong ball across a table into a cup of prosecco, to force your opponent to drink it, until one team has no glasses left.